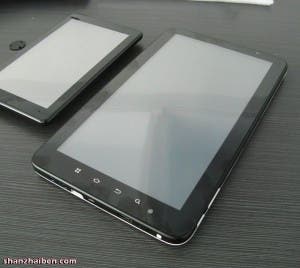 With the recent release of the iPad 2 came a much welcomed iPad price reduction. The original iPad now costs $150 less for the 16Gb model than it’s previous retail price in China, bringing the very popular tablet to a wallet pleasing 2888 Yuan.
Not everyone is happy with this price drop however, and Chinese tablet makers are now not only trying to up the ante and take on iPad 2, but also declare price war on the original iPad. 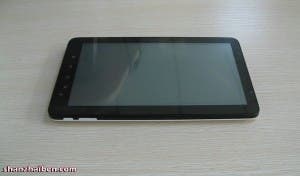 This tablet, the Dawa D9 represents one of the first to take on the original iPad in price and performance.
Price-wise the Dawa is 2000 Yuan making it nearly 900 yuan cheaper than the 1st generation Apple tablet, but does it have what it takes to take on the every popular device?

Under the generous 10” capacitive touch screen sits a Freescale iMX 515 Cortex A8 CPU, which is a very similar chip as the original Apple A4 1Ghz chip, but this is where comparisons end everything else on the Dawa different, but not all good such as the 3000 mAh battery which won’t see anywhere near as long a battery life as the iPad.

The D9 gets 512mb RAM, double that of the original iPad and even the iPad 2 (if rumors are correct). The operating system is Android 2.2 meaning it can run Flash videos and websites and the smart looking Shenzhen device also gets 3G and WIFI as standard. 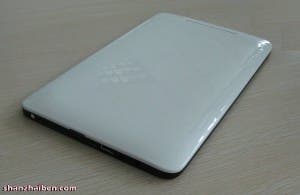 On the outside we get a black and white plastic cover, which will be lighter and offer better WIFI reception over the alloy iPad, but won’t feel as sturdy.

Like most Chinese Android tablets the Dawa gets a whole host of plugs and sockets. Built in USB, HDMI out, micro USB, headphone, earphone and an micro SD card reader!

Although we won’t be able to get our hands on a test unit of the Dawa until later this month, the Dawa is looking like a rather impressive beast even when compared to the now bargain bucket original iPad.

We’ll bring you more once we get a hands on and a look at the UI.