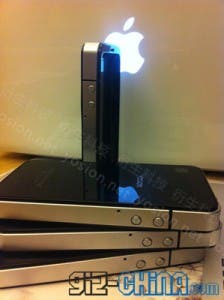 Yosion, the makers of the original Apple Peel 520 which allowed iPod Touch owners to turn their iPod’s in to phones, has finally released details of when the 2nd generation model will be available!

The 2nd generation Apple Peel 520 adds the same functionality to your iPod touch as the original, but this time it will work on your super thin iPod Touch 4 and will give you a pretty convincing iPhone 4 looking device.

The new Apple Peel also gets a 3G network receiver which can be used as a mobile hotspot and a built in motor to allow your iPod 4 touch Phone to be silenced.

The new 520 will be available early March for the super low price of $91!

Full details and video can be seen over at Gadget Republic.

Next An Android iPad Clone Straight Out of Shenzhen