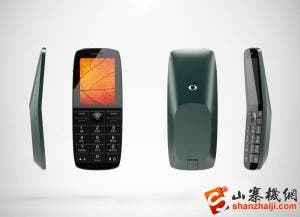 Although we get to see concept art from the likes of Sony, Nokia and others on a fairly frequent basis it’s still pretty rare that we get to see what Chinese electronics companies have been dreaming up.

The phone shown here is a mock up of the concept leaf phone, which was drawn up by a Swedish design studio for Chinese device maker Huawei.

It’s likely we won’t see the phone released anytime soon, but it may give hints at what direction Huawei are planning to take their phone and possibly tablet design’s in in the near future.