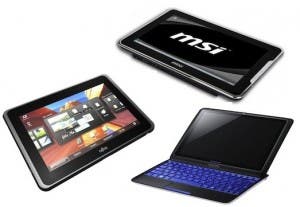 Intel launched it’s new range of Atom processors yesterday called Oak Trail. This the latest version of the popular CPU has been specially designed to increase battery life while at the same time improving video, Flash and gaming performance.

The new chip echos Intel’s hope of gaining ground in the tablet market, a market currently dominated by ARM based chips from rivals such as Nvidia and Apple.

The new Oak Trail Atom chips have been designed for use in all manner of devices ranging from tablet computers and mobile phones to net book and laptop computers, and is compatible with Windows, Android and Meego operating systems.

Chinese computer manufacturer Lenovo have already confirmed they will use the new Oak Trail chips (perhaps in the soon to be announced LePad 2 and 3 Android tablets?), and mobile device maker ZTE are currently in talks with the U.S chip maker.

Intel hopes to boost it’s presence both in the mobile market and in China and will soon be opening an AppUp application store in China and is also opening an innovation center with software maker Tencent Inc.