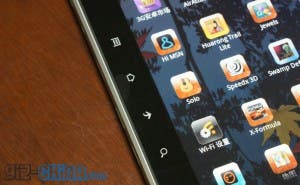 Chinese made Android tablets are nothing new, they even pre-date the original Apple iPad, but even though they have been on the market and in development for a good few years none of the Chinese made and branded designs have been able to make a real splash.

This could all be about to change though with a Shenzhen based tablet company planning to release this, the GS30 tablet!
We’ve seen renderings of the GS30 tablet before and posted the details here and here, but this is the first time we’ve actually seen the iPad bruiser in the flesh.
So what makes this 10 inch Android tablet any better than the rest? Why is this the first to really taking Chinese tablet design up a notch?
We’ll the major difference between the GS30 and what has preceded it are the choice of components. 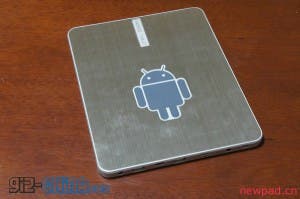 The CPU is a S5PC11o 1Ghz processor from Samsung, or more commonly refereed to the Apple A4! Then there is that screen, a 9.7 inch capacitive (1024 x 768)  unit with IPS technology for better viewing at extreme angles, the same screen that is currently found on both the iPad and iPad 2!

There is also a generous 512Mb RAM which makes playing graphically intense 3D games and HD video an absolute breeze on the slick screen.

Battery life should also be on par with the iPad as the GS30 gets a huge 7400mAh unit! 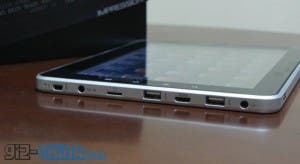 Micro USB, SD card reader, 2 x USB 2.0 and HDMI our are all great features, and although the spec sheet doesn’t mention it, there seems to be a front facing camera.

The alloy backed unit here is still in the prototype faze, but a limited production run is set for this month with an OEM price of 2000 Yuan ($306).


For more info on this tablet feel free to contact us.
Read Also:  How to Recover Deleted Files on Apple iPhone/iPad