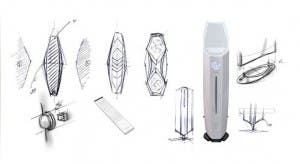 Lenovo are on track to launch their eBox home games console next month, actually on track may be the wrong choice of words as the Kinect style motion controlled console should have launched mid way through last year!

Eedoo the the Lenovo sub-brand finally announced that the eBox will get it’s official launch on 6th May while also getting a name change, the original launch date for the eBox was August 2010!

As the eBox will be the only official home games console to launch in China and the fact Lenovo have teamed up with Tencent to bring QQ games to the device, Lenovo are expecting huge demand for the motion controlled entertainment center.

Next iPhone 4S To Come June, iPhone 5 Next Year

Home Pong Atari Prototype Goes Up For Auction, Sells For Over $270,000