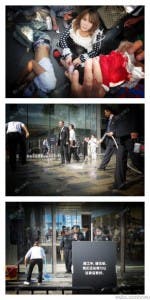 The restocking of hot Apple products draws crowds just as much in China as anywhere in the world, however yesterday at an Apple store in Beijing things got a bit ugly with store windows broken and 4 people hospitalized.

The violence occurred at a Beijing Apple store who had just received a fresh batch of white iPhone 4’s. Customers and scalpers queued patiently outside the store to get their hands on the hot iPhone 4, but when the doors opened known scalpers were refused entry to the store by Apple security guards. 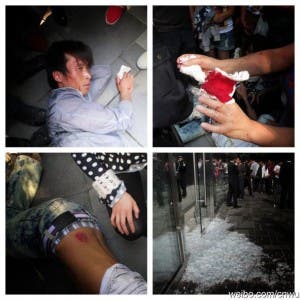 As you can see things got violent between the security and the scalpers with a fight breaking out and 300,000 Yuan glass windows smashed.

A foreigner Apple employee was even involved in the fight and attacked 4 people with a metal club before fleeing the scene!

Police are currently investigating the incident.