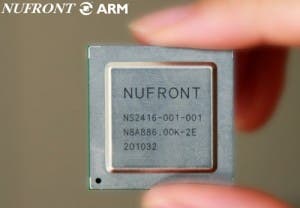 Generally when looking at tablet or ultra-portable netbook/laptop specifications we see names such as Samsung, Intel, Nvidia, Apple and Qualcomm attached to the names of desirable high end ARM based CPU’s.

However a newcomer from China is planning to join the party and shake things up a bit with dual core, 40nm, Cortex-A9 based CPU’s running at up to 2.0Ghz!

Nufront, the Chinese company behind the astonishing new chips claims that their NuSmart 2816 CPU only uses 2 watts of power when clocked at 1.6Ghz! With only a minimal power consumption increase when running at a full 2.0Ghz!

These figures are enough to make the Nufront chip a real threat to larger companies such as Nvidia and Intel! 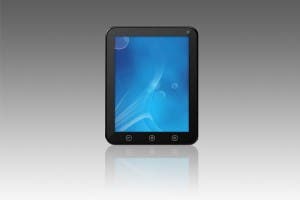 Nufront have actually developed their own sample tablet using the 2816 CPU running at a frequency range of 1.6-2.0Ghz with 1Gb of RAM an 8-inch multi-touch capacitive screen and Android 3.0 Honeycomb which weighs in at 700g.

Early reports are that the Nufront tablet/chip combo runs much faster than a similar tablet running Nvidia Tegra 2 chips!