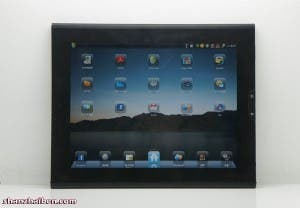 What we mean by that title is the company behind the 10 inch Doolax tablet have managed to give their rather nice device a name the Lorax or the Cat in the Hat would happily buy!
With that in mind however and looking at these specifications we would gladly queue up behind those odd balls to get one for ourselves. 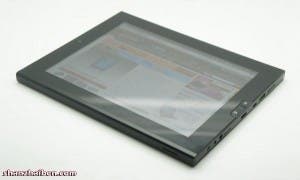 When looking at the Doolax a few things jump out and slap you in the face! First is that silly name, then its the awesome low price, then the beautiful alloy body and finally the great IPS 9.7 inch capacitive screen! That’s the same technology behind the iPad screen and is what makes it such a great viewing screen from such extreme angles!

Once you have ‘oh’d’ and ‘wow’d’ enough you may want to take a look at the internal specifications!

A Freescale iMX515 Cortex A8 CPU running at 800mhz is enough to keep your games running smoothly and videos from buffering, if not the 512mb RAM is also there to speed things up and you have 4Gb of built in Flash Nand memory to fill make use of, if that isn’t enough you can slip and SD card in for good measure.

The O.S is Android 2.2, which may seem odd as most manufactures are porting 2.3 to their devices, but when you see how much work has gone in to creating that faux iOS interface we can understand why there isn’t a Gingerbread model available yet.

The screen, as mentioned before is a 9.7 inch IPS unit with glorious viewing angles and bright vibrant colours. But if all you care about is numbers the resolution in 1024 x 768. 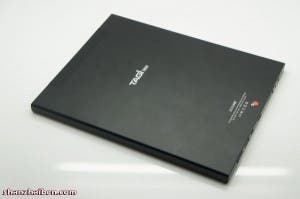 As you would expect there is Wi-Fi built in, and as with the iPad and many other tablets these days there is a 3G model available.

As we keep mentioning the iPad, we should really mention the Doolax’s battery life, which while isn’t up to the amazing 10 hour iPad standard, is easily capable of around 5 hours thanks to an 8000mAh battery! 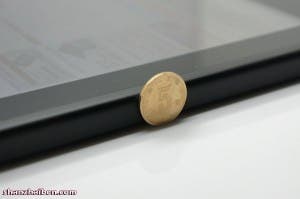 Overall the Doolax is a very impressive tablet with the above features plus USB and HDMI out, however the Doolax is a little on the chubby side measuring 20mm and it’s a bit heavy with a build in 3G module (800g with 3G 650g without) 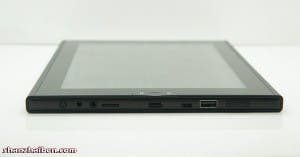 Also there are no cameras, or GPS. 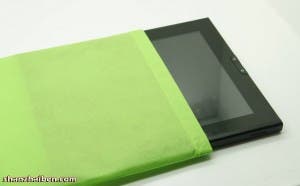 Next PopCap Announces a Plants Vs. Zombies Triple Whammy!