The android tablet market is heating up. Over 70 different tablets were introduced in 2011. Manufacturers like, ASUS, Samsung, Sony and HTC hold a significant spot in the marketplace. Despite all the contenders, only a handful of android tablets can be deemed as the best of 2011. 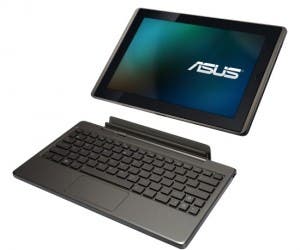 – The Transformer offers lots of features at the lowest price point, making it the leading android tablet on the market. It’s heavier and thicker than the Galaxy Tab because of its aluminum frame and plastic body. Unfortunately, it does require a proprietary charger that cannot be used with other devices. 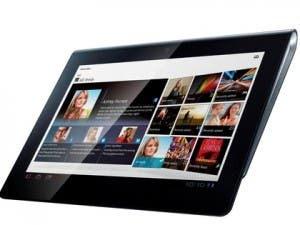 – Sony understands that costumers want a visually interesting product, and they delivered with Tablet S. The design of the tablet is similar to a folded book, allowing it to be handled and carried comfortably with one hand.

The Sony Tablet S works well on laps and desks, solving a problem that most android tablets have had with flat surfaces. The screen automatically adjusts to brightness and darkness based on environment. Also, the tablet is the only one Playstation certified which may attract avid gamers. The Sony android tablet sells for $500 with features sure to meet the wishes of certain costumers. 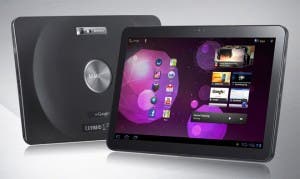 – Samsung Galaxy is the best alternative to Apple’s iPad 2. It even matches Apple’s $500 price. The Galaxy is not made from aluminum, but plastic that is soft and comfortable to hold. The tablet is thin and the design is well thought out, despite the building materials being delicate to the touch.

The screen is bright with brilliant colors from all viewing angles. The Galaxy, like the Transformer, requires a proprietary charger. The tablet provides an information panel on the bottom right of the screen where users can conveniently find data without having to search though setting menus. 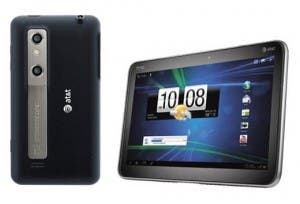 – The Jetstream has a solid aluminum built and is LTE enabled right out of the box. The Jetstream tablet is $800 and sold exclusively through AT&T with a two year contract attached. This 3G/4G tablet pushes itself into a very specific market where only buyers who have the money to afford it can buy it. At the end of the day, the HTC Jetstream is a high-end tablet that offers nearly the same features for the price of two ASUS Transformers.

– The ASUS Pad Slider, regardless of its heavy and chunky form, is one of the most unique tablets out there. The screen slides and opens up to reveal a miniature keyboard that is still larger than most netbooks. This tablet is $79 more than the Transformer and is ideal for a costumer who has a high level of productivity and will use the sliding keyboard quite often.

Each of these tablets offers unique designs and features, which is good news for tech lovers who want to spend their hard earned cash on a system that will satisfy their particular needs.

Previous 5 of the best Android phones for 2011