Smartphones sure do come in handy in today’s society. They accomplish so much, from checking emails, to watching your favorite shows, listening to your favorite artists, getting directions to that popular new restaurant that just opened, and of course making phone calls. Yes it’s true that smartphones can make life a little easier, but with so many option to choose from, it can be difficult. In fact the average smartphone today costs around $199.99 but can be as expensive as $500.00 off contract. If your looking for an affordable and reliable smartphone without sacrificing quality, then this top five list is for you. 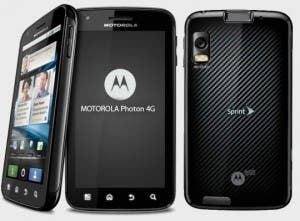 – Motorola is known for making rather rugged looking and durable smartphones, and the Photon 4G is no different. Being rugged and durable isn’t all that this handset has going for it though. It comes equipped with a super fast 1GHz Nvidia Tegra 2 processor that holds up in power, to almost any other high end smartphone on the market today.

Motorola’s Photon 4G will ship with Android 2.3 Gingerbread, a 4.3″ touchscreen display, HDMI out, 1GB of RAM, 16GB of ROM, 720p HD video capture, 1080p HD video playback, and a handy little kickstand that works great for viewing content. You may be thinking that this smartphone would be too expensive, but it’s actually very affordable coming in at just $99.99 on a two year contract with Sprint. It can even be as cheap as $69.99 if your a new customer. 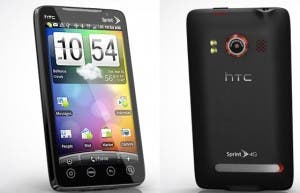 – If your looking for a stylish handset with great features and a big name, then look no further! The HTC Evo 4G comes equipped with an 8MP camera with LED flash and auto focus, 1GHz processor, massive 4.3″ touchscreen display, 1GB ROM, and 512GB RAM. You’ll also enjoy the latest upgrade for Android upon activating your new handset. The Evo 4G will run about $99.99 on a two year contract with Sprint, but don’t hesitate to look for a better deal online, especially if your a new customer! 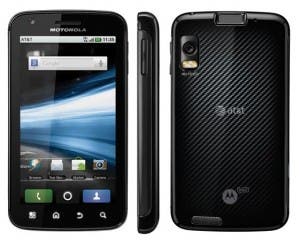 – The Motorola Atrix 4G is one of AT&T’s beastly smartphones that packs a speedy 1Ghz dual core processor, and some of the highest ratings available for the price range that it lands in. Not only does the Atrix 4G come with a dual core processor, but it also comes equipped with a 4.0″ qHD display, 5.0MP camera with LED flash and auto focus, 16GB of ROM, 1GB of RAM, 720p HD video capture, HDMI out, DLNA support.

Motorola’s Atrix 4G is unbelievable affordable for the amount of great features and quality you receive. You can find yours ranging anywhere between $24.99 at Amazon Wireless, to $99.99 directly from AT&T, on a two year contract. The Atrix 4G also has unique accessories in it’s arsenal, like the HD Multimedia Dock, and the Laptop Dock. 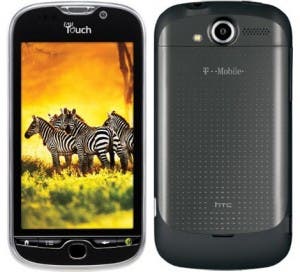 – The MyTouch 4G by HTC is a solid smartphone with great ratings, on the T-Mobile network. The design isn’t the slimmest but it makes up for it with the specs and the super low price tag. T-Mobile’s MyTouch 4G comes equipped with a 1Ghz Snapdragon processor, 4G of ROM, 768MB of RAM, 3.8″ touchscreen display, 5MP rear facing camera with LED flash, Android 2.2, upgrade-able to 2.3, 720p HD video capturing. You’ll also receive a front facing camera for video calling, all for as low as $39.99 – $99.99 on a two year contract.

Since the price varies so much, it’s recommended that you search for these deals online before you drop in at a local cell phone dealer. 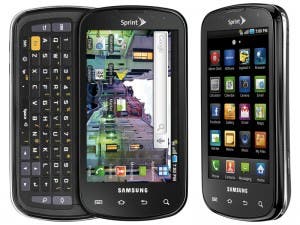 – Samsung’s Epic 4G has got to be one of the best choices for those that love to send text messages. This slider smartphone consistently receives high ratings and good reviews, on top of it’s outstanding price tag that ranges from $0.01 up to $100.00 on a two year contract. The Epic 4G comes equipped with Android 2.2, 4.0″ Super AMOLED touchscreen display, 1GHz Hummingbird processor, 1GB of ROM, 512MB of RAM, 5MP camera with LED flash, and a slide out QWERTY keyboard. You can find this handset at Sprint.

It’s definitely encouraged to look for better deals as a new customer. You will often times find prices cut in half if your willing to purchase a refurbished smartphone.

Hopefully you now have a better understanding about what you can get for your money in the smartphone world, which is sometimes allot. You can even try your luck at free smartphones! Smartphone related websites often hold smartphone giveaways and contests, so be sure to keep an eye out.

Previous GooApple: The Love Story of Apple and Google Video