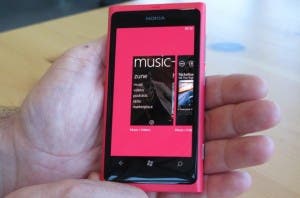 Nokia once made phones everyone and their mother wanted to own. Their combination of great styling, solid construction and relatively low price ensured we all at least owned one Nokia or know someone who has in the past.

In recent years though, they have been falling out of fashion thanks primarily to Apple’s reinventing of the smartphone, which spawned many a look-a-like. Even Google’s Android OS has to thank iOS on the iPhone for coming to light.

Yesterday though Nokia released details of it’s new range of Windows based phones, and everyone got a little interested again, everyone that is except the Chinese smartphone buying public that is! 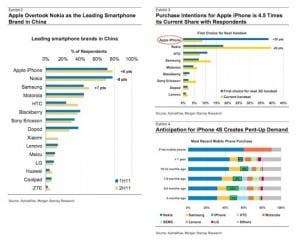 According to a survey performed by Morgan Stanley, Apple are now the number one sort after smartphone brand in China! That news on it’s own doesn’t sound to impressive until you realize that Nokia were top dog in China last year, and Apple didn’t even place in the list of most desirable phones!

The survey is based on what Chinese consumers want rather than what they will buy, however, so there is a change Nokia could be back on top in 2012.

Next This $63 3G Android Tablet Could Replace a Phone!