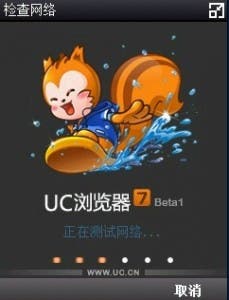 Many of you will be quite familiar with Tencent and their famous penguin mascot for the company’s extremely popular IM service QQ.

Well this week the Tencent sent out an email to users of their mobile browser claiming that, “Tencent Mobile Browser Eclipsed Its Competitors to Became No.1”

However the reality may not be so clear cut!

To rub salt in to the wound Tencent also sent the email to partners of rival company UCWeb, who’s popular browser app is available for iOS and Android devices and is often seen as one of the most popular downloads in their respected markets!

UCWeb have hit back with an open letter stating that their mobile browser is in fact the number one browser on the market and that Tencent are trying to cover that fact up with a mass emailing campaign!

In the letter, UCWeb revealed that its browser’s monthly active users has recorded 167 million, which means UCWeb took over 77.67% of Chinese mobile browser market given China’s mobile browser users of 215 million.

Tencent has yet to respond to UCWeb’s letter!

Next Are Nokia’s new Windows Phones Enough To Win Back Chinese Consumers!