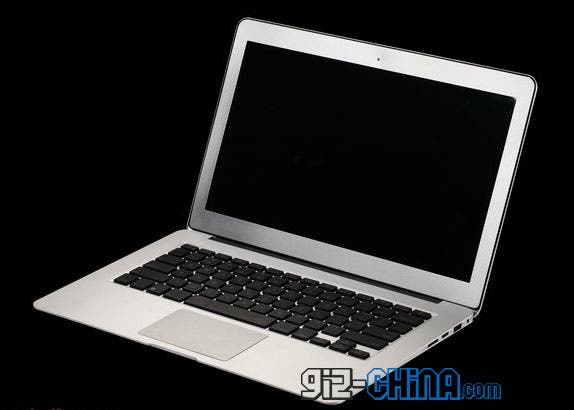 Ultrabooks, superlight and ultrathin laptops with SSD hard drives are the new must have gadget, and we imagine 2012 will be ‘The Year of the Ultrabook’. Apple, started the trend with it’s Macbook Air, and recently Taiwanese company Asus followed suit with the Zenbook, but now it’s China’s turn to have a crack at the ultrabook market.

As is usually the case, China’s entry in to the ultra portable laptop race hails from Shenzhen, and also happens to be an almost detail for detail replica of the current generation Macbook Air! 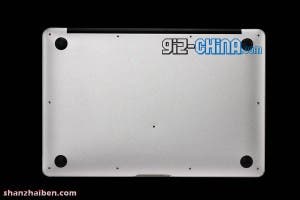 Shenzhen Technology L.t.d, the company behind this knock-off MBA insist that the computer is the real and is currently being tested by foreign companies as an OEM unit. Chinese consumers can expect to see this fantastic looking unibody clone on sale in November.

Hardware wise the CPU is an Intel Atom Cedar Trail clocked at 1.86Ghz with 2Gb RAM and a 32GB SSD hard-drive. The battery is a 4100mAh built in unit, like the Apple MBA, but is only rated at about 3.5 hours of use.

There is also an SD card reader, built in HDMI out, plus 2 x USB!

We have no idea how much this will cost when it is finally launched, but judging by the current drop in component prices and the nature of this ultrabook we imagine a price of roughly 3000 Yuan or less ($471).

Previous Asus Transformer Price Goes In Front of the Lens