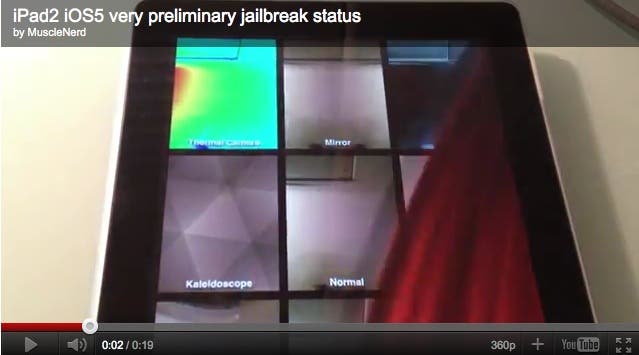 It has been and exciting past few days for those of you with iOS devices with rumors of an untethered Jailbreak on it’s way for iOS 5 and now this video proof that the iPad 2 and iPhone 4S can be Jailbroken!

Mucslenerd, the Dev Team Developer behind the Jailbreak explains that the hack used to Jailbreak both the iPad 2 and iPhone 4S is the same, however no public release date has been announced for the much anticipated hack!

Watch the iPad 2 Jailbreak after the jump!

Are you waiting for an iPad 2 or iPhone 4S Jailbreak? Let us know in the comments section below!

Previous This Macbook Air Clone Looks Almost to Good to be true!