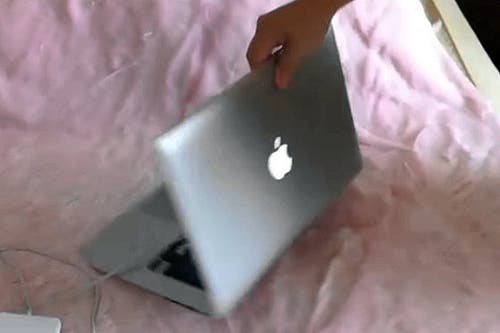 A few days ago we discovered this amazing looking Macbook Air clone. The knock-off, which is thought to cost only $450, not only looks exactly like the 13.3 inch Macbook Air, but it even sports a similar one piece construction and a pretty good hardware specification.

Now we have a video of it to gawk at too!

The photos we had  shown didn’t show the Chinese made SSD equipped clone with the Apple logo but it seems there will at least be one version of the clone going ‘full knock’ and will get the light up cut away emblem.

Watch the video hands on with ultimate Macbook Air knock-off below.

As we have already posted the new generation Macbook Air clone is made of  a single chunk of aluminum, features 2GB RAM, an Intel Cedar Trail CPU, 32GB SSD and a built in battery. You can read our previous coverage here.