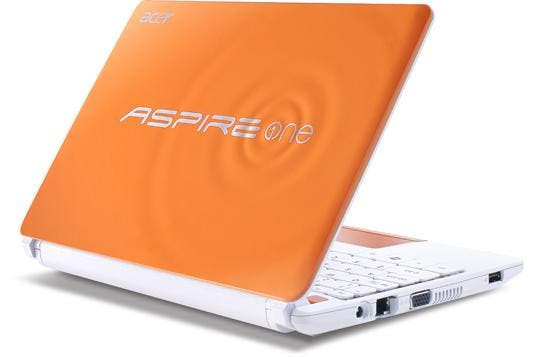 Netbooks were once the super cool must have gadget on any tech fan, but due to the introduction of tablets and their rapid evolution in to super affordable, portable,powerful and cheap ‘computers on the go’, the netbook has steadily dropped out of fashion.

Acer are planning to relive the golden years of netbooks, much like a middle aged man attending a rave, by giving their Acer One a rather loud outfit (again like a 40 something at a rave) and giving it a fun name, in this case the Happy 2!….

Other than the neon hood, and rather fantastic 6 hour battery life (claimed) the Acer One is much like any netbook and features an Intel Atom N570 1.66GHz processor,  1GB RAM,  250GB Hard drive and a 10.1 -inch screen.

The asking price is a super low $297, however we would personally prefer to hang with the cool kids at that price and get a Android tablet like the Lenovo A1, or the rumored 7-inch Asus Eee Pad Transformer.

Next Asus Eee Pad Transformer Prime At the FCC