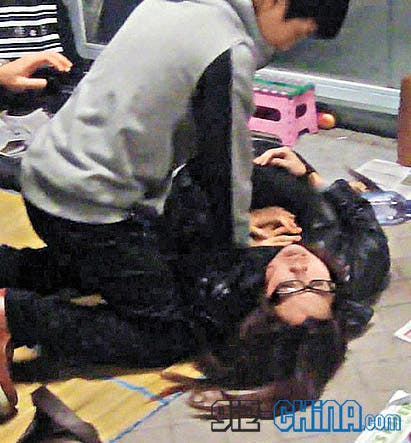 It’s not a secret to anyone that the iPhone 4S will officially go on sale in Hong Kong (11th November) at 6am, but what may surprise you is the extent some people will go to to get their hands on the iPhone 4S, which has been available elsewhere for a month already.

Last night fights, a riot and a police evacuation were the results of a clash between a group of professional South Asian ‘queuers’, whose job it is buy large quantities of new products at launch, and Hong Kong citizens.

The chaos began yesterday (Wednesday) afternoon when around 15 Hong Kong men started to line up outside the Hong Kong Apple Store in the IFC mall, these guys were lining up a day and a half in advance for the the Friday morning launch.

By early evening the unofficial queue had grown to extraordinary proportions, and must have been a little intimidating for the staff at the Hong Kong Apple store as the iPhone 4S is the first Apple launch to happen at the newly opened flagship store! 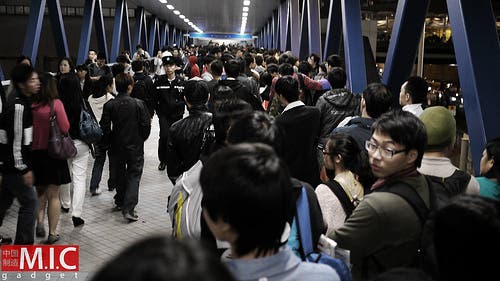 Later in the evening things turned ugly when the professional ‘queuers” arrived and tried to push to the front of the line. Their was an argument between the groups, and threats of additional gang members arriving to force the other people lining up to leave. Eventually the police were called and things died down.

We’ll unit the police left and all hell broke loose, with police finally returning again and forcing everyone to leave.

Amidst the violence and chaos one unfortunate young lady had an epileptic fit and had to receive emergency treatment at the scene.

The fun and games isn’t over yet and the professional ‘queuers’, or scalpers, are likely to return later today to take up their positions waiting in line to buy up as many iPhone’s as they can tomorrow morning.

What is a professional ‘Queuer’? 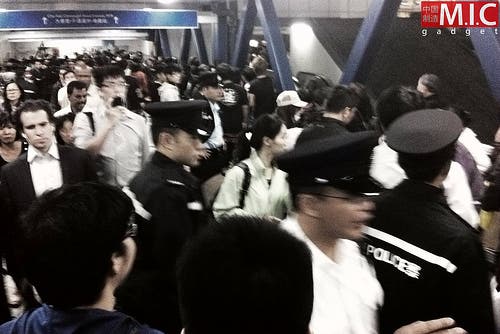 It is reported that these individuals are paid up to HK$ 500 a day for waiting in line and are largely from the Philipenese, Vietnam and other South Asian countries.

We’ll bring you more news on the Hong Kong iPhone 4S launch tomorrow morning as we get it.