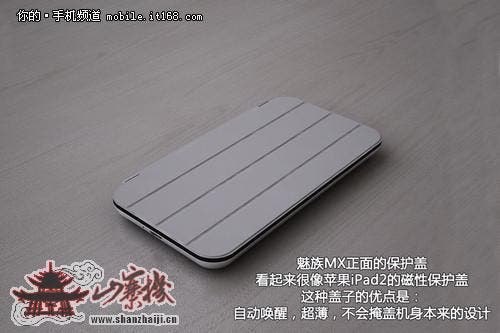 Meizu could be on track to out do themselves this year with the launch of their second Android smartphone the Meizu MX.

The MX could also be on of the first Android 4.0 Ice-cream Sandwich phones available in China, and will come with either a dual core CPU or ranging topping quad-core NVIDIA Tegra 3 processor.

The MX could also ship with a miniture ‘smartcover’ similar to those available for the Apple iPad 2, if these 3D renderings of the new Meizu MX are to believed.

Like the smartcover on the iPad 2 the mini version on the Meizu will attach and self align using magnets and will protect the 4-inch touch screen. Folding the cover with allow the MX to stand in various positions which will be great for viewing movies and fits in line with Meizu’s commitment to media playback (my M9 is fantastic for music!).

It’s unclear as to if Meizu will produce the MX smartcover, and what Apple would think of it if they did, but to use it looks like a great idea and we hope they make it! 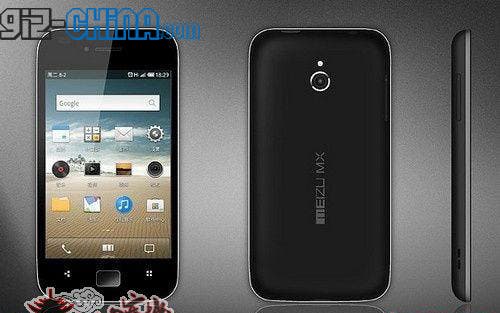 The Meizu MX could well be the worlds first Quad core Android smartphone and is expected to launch next month. There will be two models available a 16GB version with a dual-core cpu, and 32GB with quad-core cpu.

The MX will features Wi-Fi, 3G and GPS and will also have dual cameras. The rear camera will be an 8 Mega-pixel unit with LED flash while the front will likely be a 0.3 mp unit.

It is also rumored that the MX will feature a mini HDMI out and a micro SIM which will fit in a tray like the iPhone 4S.