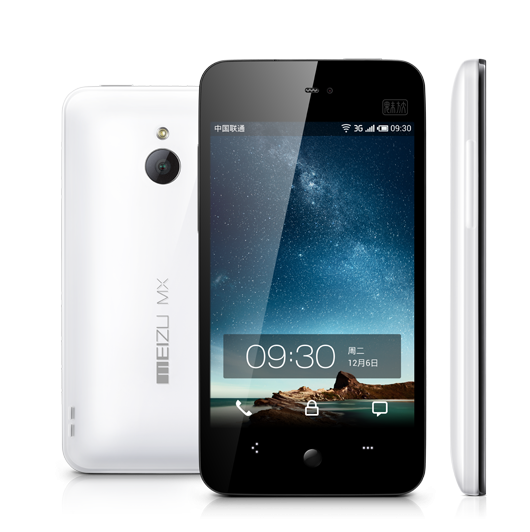 Good new news and bad news Meizu fans! The bad news is the Meizu MX isn’t going to be available later this month (big surprise there then!), but the good news is that you only need to wait until January before getting your hands on Jack Wong’s latest baby!
Oh and there is more bad news after the jump!

However, don’t get excited just yet as only the dual-core Meizu MX has been confirmed to launch on 1st January, with details of the much anticipated Quad-core version vaguely pointing at a “2012” launch!

The dual core Meizu MX will be running on a 1.4Ghz Samsung xynos 4210 dual core chip, 1GB of LPDDR2 RAM, 16GB of storage, 8 mega-pixel rear camera capable of shooting 1080 HD video at 30fps, 0.3MP front-facing camera, a secondary microphone, and a 1,600mAh battery (which we hope lasts much longer than the Meizu M9’s).

At launch the MX will run Android Gingerbread 2.3.5 but Android 4.0 Ice-cream Sandwich will be made available as soon as possible (for both the MX and M9).

We will bring you more Meizu MX news as we get it!