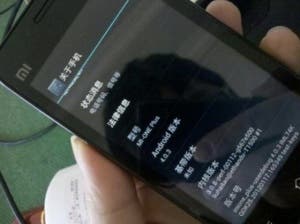 The Xiaomi M1 Android smartphone is the talk of the town here in China. The low cost Android smartphone features a dual core CPU and 8 mega-pixel camera, and if your feeling brave you can even get the latest version of Android ICS running on it!

The Xiaomi team have promised that the M1 will be getting an Android Ice-cream Sandwich ROM with MIUI as soon as possible, and now it looks like were are a few steps closer.

This Beta ROM of Android 4.0.3 called ‘Mioneplus,’ is currently only intended for developers or those who feel comfortable ‘flashing’ and install a new Android ROM.

Although the Beta ICS ROM for the Xiaomi brings all the functions of Ice-cream Sandwich to the phone, there are still a few bugs to be worked out and features added, most notably is the lack of Xiaomi’s own MIUI user interface.

As the ROM is a Beta it won’t be available through the Xiaomi’s built in update feature, but will rather need to be download and install via a PC.

If you want to give the new ICS 4.0.3 ‘Mioneplus,’ ROM a whirl on your Xiaomi head over to the forums and grab a copy here.

Next Siri On iPhone 4 and iPod with iPhone 4S Restore?