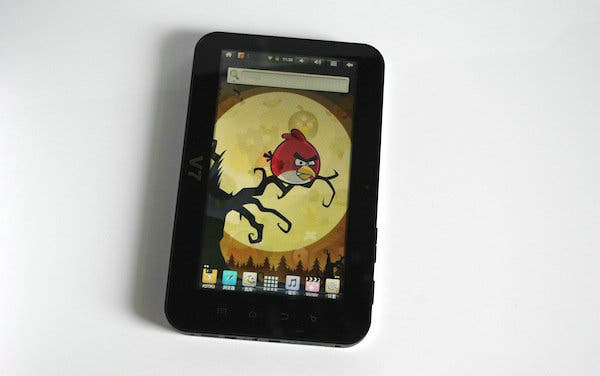 The Yanbo V7 Android tablet is back after a nice Chinese New Year break, and now with a lower RRP.

Before we get started I have a quick message for Rovio, the developers of Angry Birds.

A few months ago you gave us at Gizchina a bit of bother over our original Angry Birds Android tablet article. We, begrudgingly, removed that article after your sissy fit and threat of legal action. 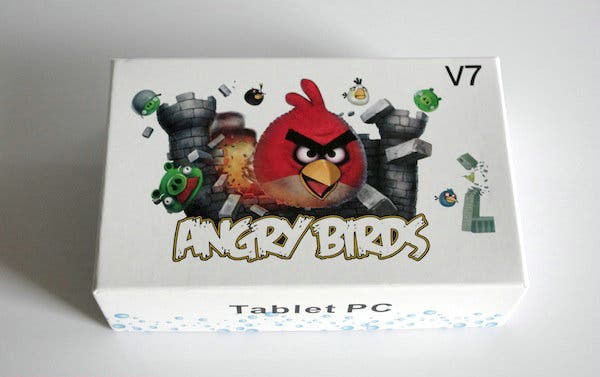 This time Rovio, before you come and shoot the messenger, go after the guys actually making the clones!

Now, the Yanbo V7 manufactured by this company (see Rovio I even gave you a link) have released this rather naughty Angry Birds branded Android tablet.

We don’t suggest that any of you guys should go our and buy one of these little tablets, but if you were interested here are the tech specs!

The CPU is an A8 unit running at 1Ghz, there is 512mb RAM and a 7 inch multi touch screen. 4Gb of built in memory should be enough for a few Apps, but there is also space for an SD card.

Overall the Yanbo V7 looks a lot like the original Samsung Galaxy Tablet, which is no bad thing in our book!

Next Android ICS 4.0 Coming To Meizu M9 March Beta Testing In the Works