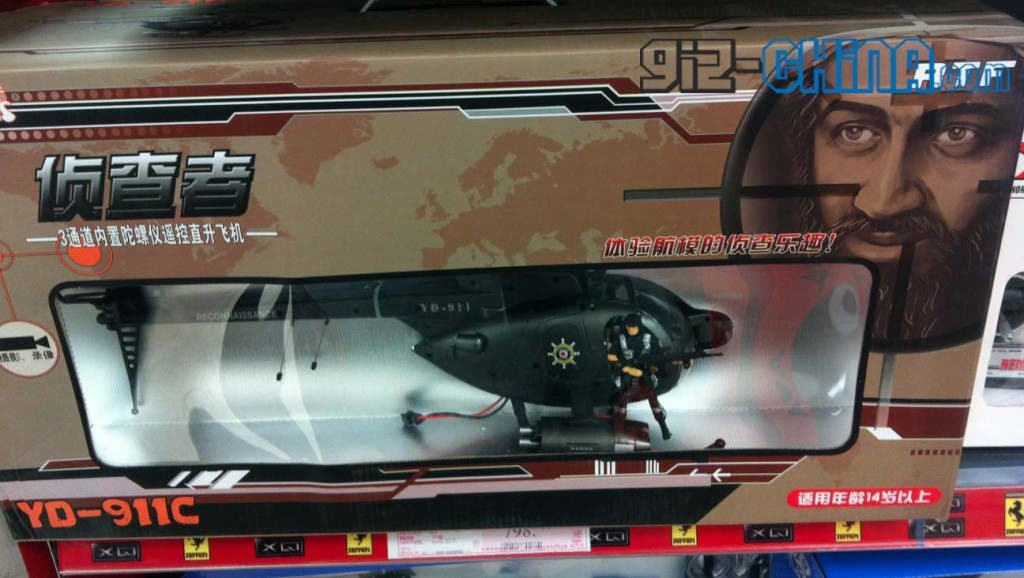 Having lived in China for a number of years we have acclimatized ourselves against the constant knock off’s, dodgy translations and poor product name choices, but there are still a few things which stop us dead in our tracks.

As you can see from the packaging, the company behind the child’s toy a really going for the (relatively small?) demographic of young Chinese kids who imagine themselves hunting down a dangerous terrorist leader and finally get him in their sights!

The radio control helicopter itself is a fairly old looking chopper with a few soldiers, missiles and guns hanging off it and looks nothing like we are led to believe the actual stealth helicopter to look like.

It’s also pretty pricey too at nearly 800 Yuan ($127), but then again it’s not everyday you present your little one with dead terrorist on the box!

Previous Knock off Beats Headphones only $42 in China