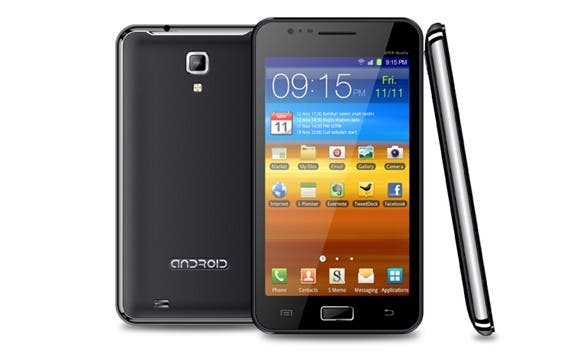 As the leading manufacturers of smartphones such as HTC and Samsung aim to out-screen one another with larger and brighter touch screen Android phones, so are local Chinese manufacturers.

This Android 4.0 Ice-cream Sandwich smartphone is an OEM model currently on the Chinese market.

As it is intended as an OEM device it carries the rather dull name MTK6575, which also happens to be the name of the 1GHZ ARM Cortex A9 processor on board running the show,

The manufacturer, Shenzhen Actwell, have modeled this 3G, 5 inch screen table smartphone closely on the Samsung Galaxy Note and hopes to lure potential customers with a pretty impressive specification.

Next This 5 inch Android Phone has a TV tuner