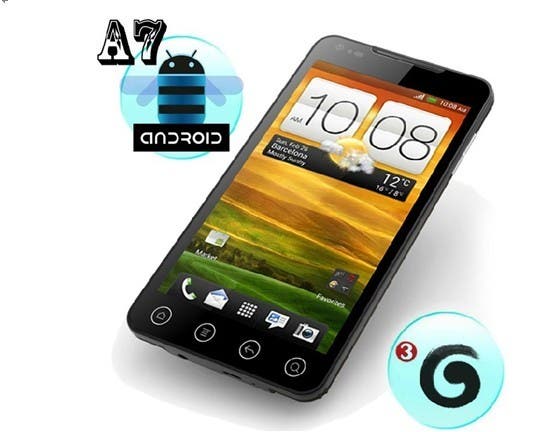 I remember back in the day when every electronics company worth it’s salt would try to cram a TV tuner in to the smallest of spaces. We saw TV watches, tiny portable Casio TV’s and even Sega Gamegear’s with TV playback! Well the trend hasn’t changed!

What we have here is another 5 inch Android smartphone from Shenzhen China, this model is of a slightly lower specification when compared to the model we featured earlier, 680 mhz cpu, Android Gingerbread 2.3.6, but it does have a trump card for the couch potato on the go.

A TV tuner plus FM radio tuner has been built in to this low cost Samsung Galaxy Note clone so you can keep entertained even if you have gotten bored with all the movies you have loaded on to the external SD memory.