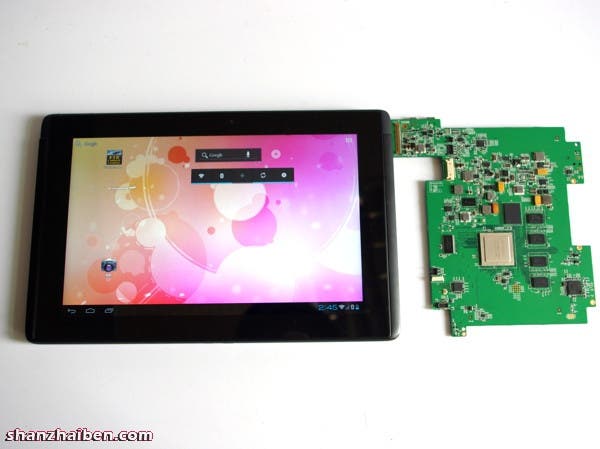 There were some dark days in the early years of Chinese Android tablets, but that’s all well behind us now and it looks like this Quad Core SuperPad is leading the Chinese tablet pack!

The knock off Motorola Xoom has already been perfected with numerous dual core versions currently on the market, but this is the first quad core we have seen of any Chinese Android tablet design.

Other highlights include front and rear cameras (we’re not sure on the mega-pixel of either), mini USB, Micro HDMI, micro SD card reader, Wi-Fi, Bluetooth, GPS, 1GB RAM and 32GB of built in memory.

The screen is a 10.1 inch capacitive unit with a 1280 x 800 resolution and, Shenzhen Trust Time the manufacturers behind the Super Pad have also loaded Android ICS 4.0.3 as standard.

If you are looking to buy one of these knock off, quad core Xoom’s try searching for either the ‘SuperPad Quad Core” or look for it’s alternative name which is “Trustme” which is written in a Transformer style font!…