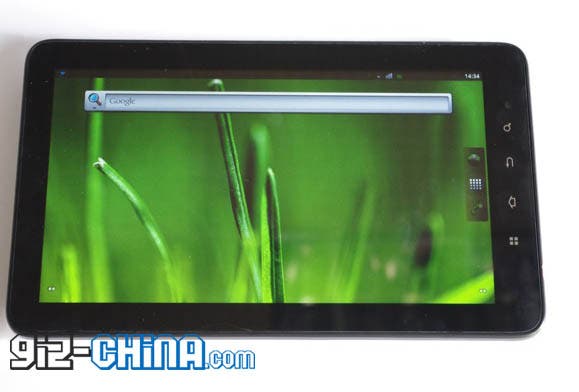 Despite 3G being available in all cities across China, and the fact that 3G is being superseded by 4G LTE in some countries, 3G enabled Android tablets are still quite a novelty when they show up.

This SuperPad VIII features a WCDMA 3G module with not only supports data transfer but will also allow users to make phone calls. The unit also supports Bluetooth, Wi-Fi and has built in GPS so the SuperPad can double as a navigation device.

Powering the 3G SuperPad is a Vimicro VX882 Cortex A8 CPU clocked at 1Ghz, with 512mb RAM and 8GB of built in memory.

Screen size is on the large size at 10.1 inch, which coupled with 3G and multi-touch gestures will make the 3G SuperPad a firm favorite with travelers.

A front camera, 4000mAh battery and a, to be released, Android 4.0 OS make up the rest of this impressive specification.

If you would like to know how to buy one of these 3G Android SuperPad tablets, contact us at Gizchina now!

Next WoPad i8 8 Inch Android Tablet Gets HD Screen!