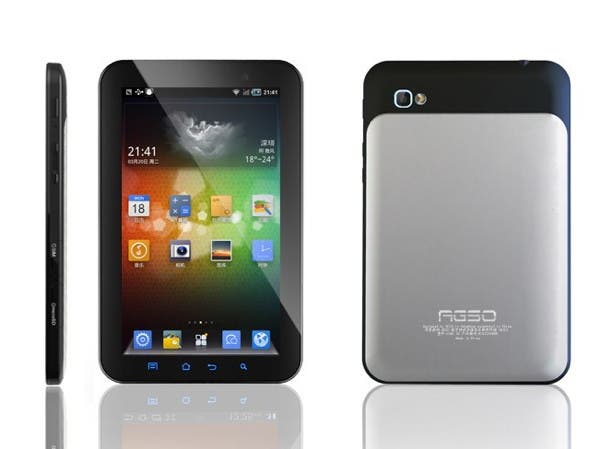 Large Android phones or tiny Android tablets? Whatever you consider these Padfone devices to be one thing that is true is just how popular they are. While many Padfone Android devices come with a 5 inch screen, this Padfone from China get’s a monstrous 7 inch IPS display.

This 7 inch Padfone could be easily mistaken for an Android tablet, but Shenzhen Soten Technology, the company behind this device have designed their Padfone to function as a fully equipped smartphone.

Having a 7inch IPS screen ensures the Soten Padfone performs well in the visuals department regardless of lighting conditions or viewing angle, IPS technology is the same display tech as used in the Apple iPad displays so you know this Padfone should be good.

Under the hood Soten have given the Padfone a Samsung Exynos 3110 1GHz CPU, 8GB storage, GPS, Wi-Fi, 3G plus a rear facing 5 mega pixel auto focus camera with LED flash.

Android Gingerbread 2.3.4 is the OS pre installed on the Padfone, but Soten plan to release an Android 4.0.3 ICS ROM soon.

Pricing for this huge 7 inch Android smart Padfone is around the $200 mark.

Next China’s Xiaomi Is a Billion Dollar Company!