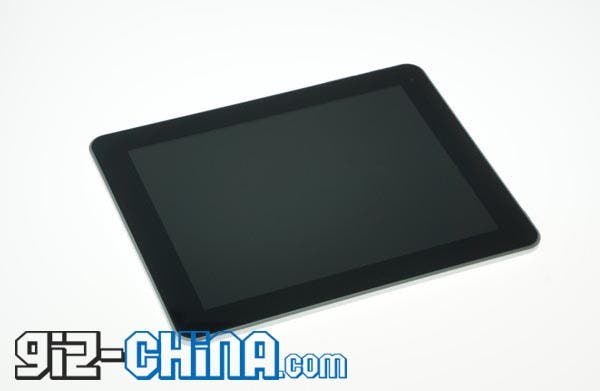 With such a competitive Android tablet market, lower prices and similar specifications mean that manufacturers are basically differentiating themselves on design and overall look alone. New comer Zonge have decided to make their tablet a little different from the pack by making it look like an all new iPad!

Looking at the Zonge’s A90 Specification we can see that this 9.7 inch Android tablet is a very promising device. The screen comes from Korean manufacturer LG and has a resolution of 1024 x 768 which features the same IPS technology as the original iPad and the iPad 2.

Front and rear cameras are also present with the rear being a 5 mega-pixel unit, the same as the new iPad 3, while th front is 2 mega pixel camera (much better than the front camera on any iOS device)

However its the design which really makes the Zonge standout, the designers have not only managed to cram a similar specification as the current new iPad , but they have also managed to get built in HDMI out Micro USB and more in to a much thinner package!

We will have more on the Zonge A90 iPad 4 look alike Android ICS tablet soon!

Previous How To Install Blocked Apps On Your Android Tablet

Next Meizu Giving away 10 Million Yuan!!! in app vouchers....