Chinese phone makers aren’t the only one’s getting their game on in the electronics world! Now Chinese tablet makers are worrying the big guns across the world with tablet such as the Haina 9.7 quad-core which scores an amazing 13187 Antutu benchmark result!

Shenzhen Haina Digital, a name we haven’t seen in quite sometime, are ready to take the Android tablet world by storm with their all new 9.7 quad-core Chinese tablet.

Like the Samsung Galaxy S3 and China’s own Meizu Mx 4-core the Haina 10.1 boasts Samsung’s very own EXynos 4412 CPU running at 1.6ghz. This rather potent CPU get’s a helping hand from a Mali 400 GPU and up to 2GB RAM (1GB as standard) to run performance rings around most other tablets on the market today!

As you can see in the screen shots here the Haina 10.1’s Exynos CPU propels this Chinese tablet up to an amzing 13187 Antutu Benchmark score!

If that blistering performance wasn’t enough of a reason to give the Haina 9.7 quad-core tablet a second look, Haina’s designers have also packed in a fair few great features to sweeten the deal. 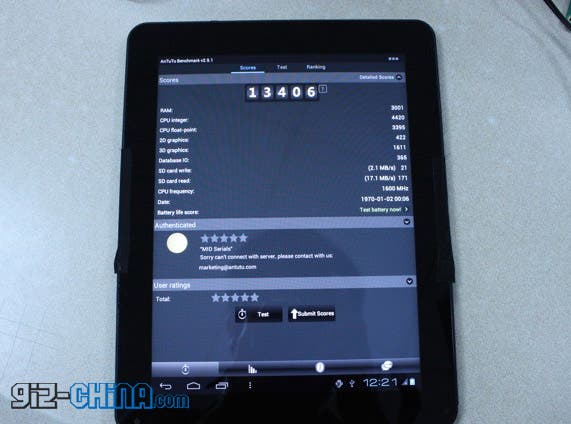 The screen is a 9.7 inch model with a resolution of 1024 x 768 which is more than adequate for most users, Bluetooth 4.0 offers super fast wireless file transfer, wi-fi plus built in GPS and 3G mean you stay connected just about anywhere in the world while front and rear cameras allow you to snap pictures while on the go! 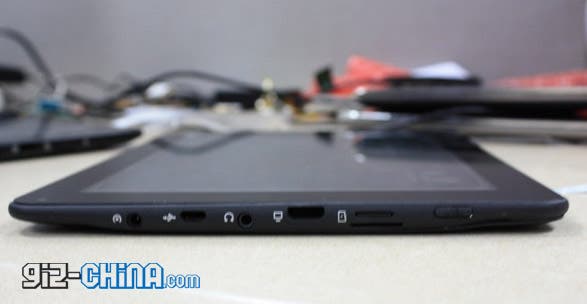 Still not enough?! Ok then there is alos a built in HDMI out, headphone jack and a single USB so you can connect it to your TV or PC.

The dimensions of this quad-core Chinese super tablet are impressive to with a thickness 9mm while the length comes in at 245mm and the width 188mm. (no mention of the weight just yet).

Android 4.0 Ice-cream Sandwich finishes off the highlights of the quad-core Haina 9.7inch Android tablet, and the company confirm that a Android 4.1 Jelly Bean update will be on the way soon!

No news on the release date or price yet! So what do you guy’s think? Another Chinese Android tablet to nail in to the iPad’s coffin?

Next Xiaomi M1s Specification, Photo Samples Everything You Need to Know!