Apple recent win over Samsung has had reporters looking for the next victim to fall foul of Apple’s lawyers, and some Chinese reports think Xiaomi might be next!

One Chinese website have published the story “Is Xiaomi M2 design plagiarism?” and have taken a close look at the new Xiaomi M2’s design in comparison to Apple’s designs and also fellow Chinese brand Meizu’s designs.

If you are familiar with the Xiaomi M2 and Meizu Mx quad-core phone you can easily see where Cxroom are coming from, the new Xiaomi M2 design looks a lot like the Meizu MX down to the camera in the middle of the back and white back panel.

But what design ideas might Xiaomi have borrowed from Apple? The M2 and Mx are both nothing like the current iPhone 4S or the upcoming iPhone 5 for that matter, however the Xiaomi M2 does look alot like the edge of a unibody Macbook pro when viewed from the side! 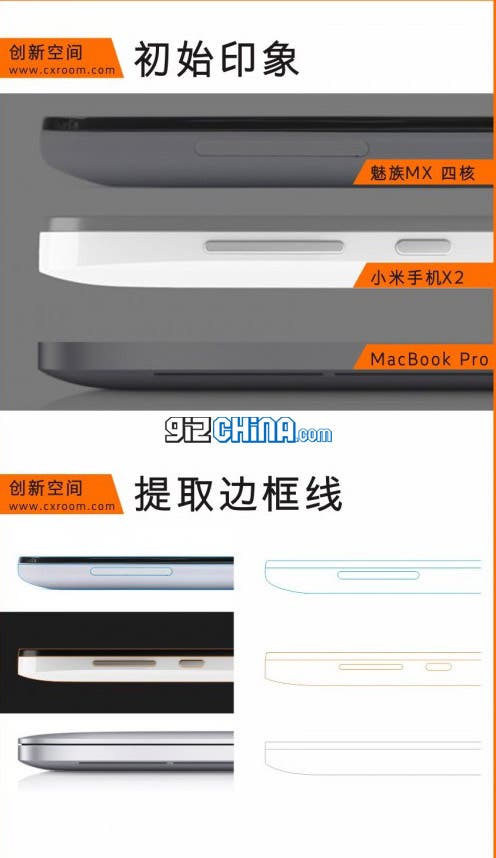 I’m not to sure how much of a case Apple would have against Xiaomi if they were to try to sue them, and I’m sure Apple wouldn’t fare well in a Chinese court, however a Xiaomi vs Meizu patent battle could be more realistic and I’m surprised that Meizu’s CEO Jack Ma hasn’t already suggested the idea.

What do you think? Could Xiaomi be sued for design copyright for the Xiaomi M2’s design?