Lenovo have launched the new K860 quad-core phone today and what a killer phone it is! Great spec, from a well-known brand and a good price to boot!

Measuring in at a rather large 5 inch the Lenovo K860 quad-core phone is one of the larger, high performance Android phones in its class right now!

While it might not be able to match the speed of the Xiaomi M2 and it’s Qualcomm CPU, the Samsung Exynos 4412 quad-core CPU clocked at 1.4Ghz and with 1GB RAM is still plenty powerful enough for most users out there, and thanks to 1080 video capture support I imagine we’re going to see plenty of K860’s in the hands of large Android phone lovers soon.

Speaking of camera’s Lenovo have done a great job and have given the quad-core K860 a 2 mega-pixel front camera, and a 8 mega-pixel rear camera which is absolutely spot on for a phone of this price. 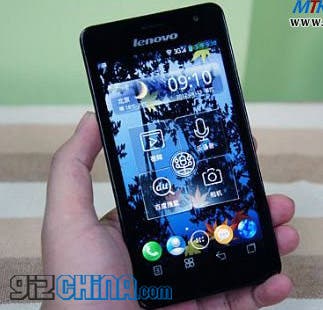 I don’t now about you guy’s but with all these great choices I’m torn! Do I go fot the Xiaomi M2 which is more powerful, cheaper but likely very difficult to buy or just waltz in to a store anytime I feel and pick up the Lenovo K860?!