It looks like Meizu, the plucky Zhuhai based Chinese phone maker have a new phone up their sleeves as eagle-eyed Meizu fans have already spotted benchmarks for the new Meizu M040 phone which seems to be one super-powerful device!

As of the time of writing we don’t know much about the next generation Meizu phone which is codenamed the M040, all we do know is that the phone is currently being tested and is running a CPU under-clocked to just 1Ghz.

However, even with the limited 1ghz chip the new Meizu M040 has posted some amazing AnTuTu benchmark results with the test device reaching an amazing score of 14122! 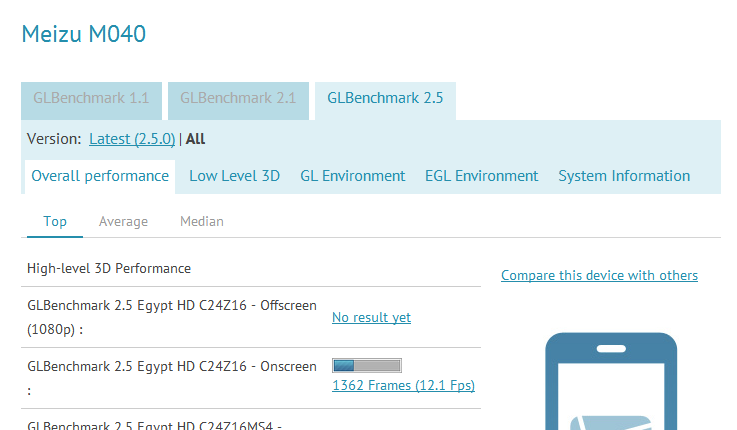 The only other details we can ascertain from the leaked benchmarks is that the new Meizu M040 phone will feature a screen with a resolution of 1280 x 800 and the current test model is using Android ICS 4.0.3 rather than the latest 4.1 Jelly Bean build.

We can only guess what the new Meizu phone will be like but with a resolution of 1280 x 800 that could suggest Meizu are working on a much larger Samsung Galaxy note rival!

What do you guys think of the new generation of Chinese Android phones? I personally think the rest of the world will be playing catch up next year!