Only a few Chinese companies have tried to produce a marketable Windows-based tablet PC, most of which either ran windows XP, were very heavy and absolutely dreadful battery life. But the Winpad 200 could finally be the first Chinese Windows 8 tablet which can break the mould!

Shenzhen Force Hi the makers of the Winpad 200 have done what most Window’s tablet makers have tried in that they have basically taken a netbook, removed the keyboard and fitted a touchscreen, but unlike other companies Force Hi haven’t stopped at that and decided ‘Job done!”

For example the Winpad 200 features an SSD hard drive in either 32GB, 64GB or 128GB, it also boasts Windows latest, tablet friendly, operating system in the shape of Windows 8, and has the option to spec up to 2 x 6200mAh batteries to ensure you’ll have plenty of juice to play, browse the web or finish a bit of work while on the way to the office. 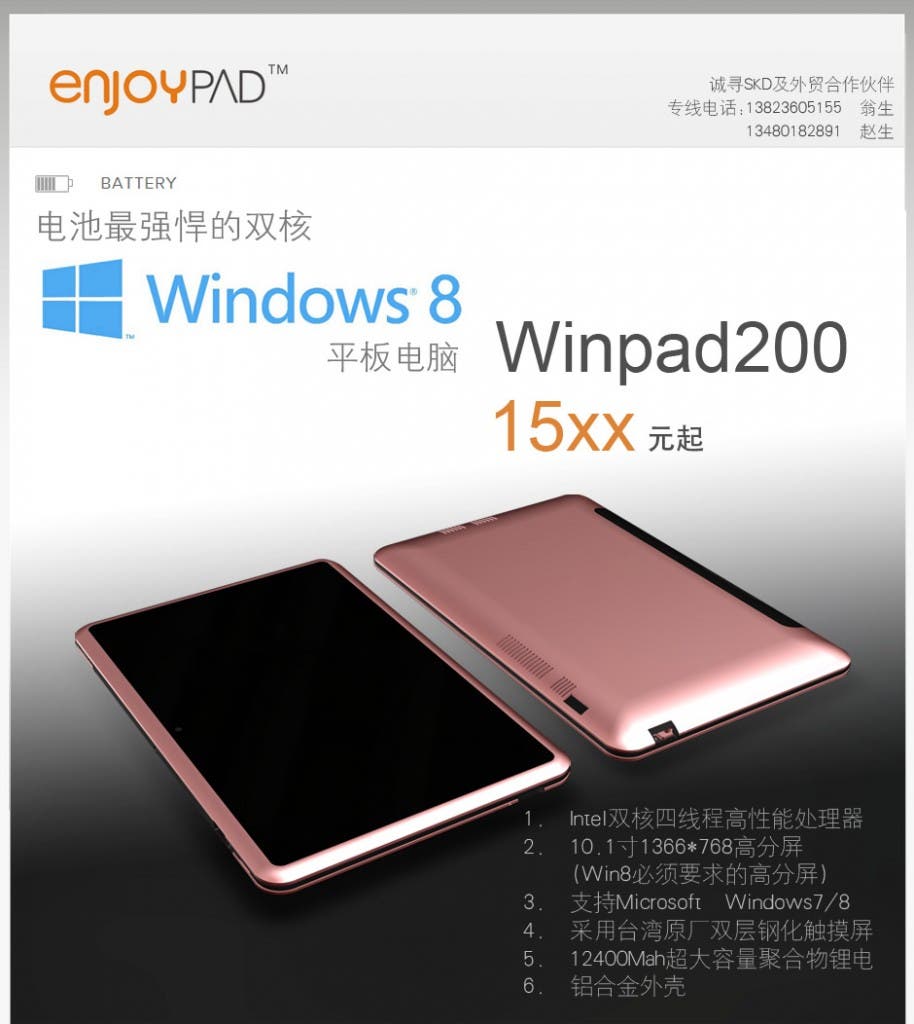 Unfortunately the Winpad 200 is stuck with an Intel Atom CPU and a maximum of 2GB RAM meaning it’s not going to be the most powerful system on earth, but for a budget Windows 8 tablet it could be worth picking up.

Prices are being advertised as staring at around 1500 Yuan which converts to roughly $237, but I’m not sure if these prices are retail or OEM.

For more details head over the their advert here.