KTouch have originally unveiled plans for their quad-core phones in May this year, but they are now primed for release complete with an amazing low price tag! Keep reading for more KTouch Hornet II details.

I’m not sure what has delayed the KTouch Hornet II but I will hazard a guess that the Chinese phone company were waiting for component prices to drop so that they could launch their quad-core device at a lower cost than the competition.

The Hornet II features a quad-core Tegra 3 CPU running at 1.5Ghz with 1GB RAM and costs just 1499 Yuan which is roughly $240. These details alone will be enough to get most buyers giving the KTouch phone a serious look! 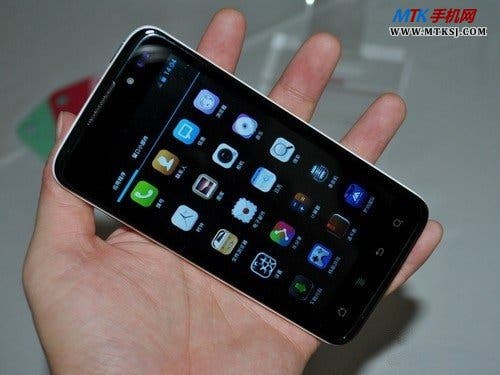 As for the rest of the phone it is all standard, but solid stuff. The rear camera is a 5 mega-pixel unit rather than the more popular 8 mega-pixel options and the screen is a 4.5 inch 960 x 540 resolution unit.

KTouch will also be offering a slightly higher specification quad-core Tegra 3 phone called the V8 which has a better screen but shares the same hardware as the Hornet II and will cost 1999 Yuan.

Both quad-core Hornet phones are expected to go on sale in China in Ocotber.

Next 5 Top Chinese phones which will blow the iPhone 5 away!