We have seen a few HTC One X clone phones on the Chinese market, but this model from Eastcom ranks among the best of them thanks to the performance of the dual-core MT6577 CPU, large 4.7 inch screen and near perfect replica looks!

This past year has seen a number of Chinese phone companies move away from the clone and knock-off market and start to produce their own great looking phones under their own brands. Although their do seem to be more original Chinese phones on the market the clones are still kings and have a huge amount of popularity!

This HTC One X clone from Chinese brand Eastcom boasts a near perfect replica body to the original HTC flagship phone, and to a regualar phone shopper might actually be mistaken for the rear thing if it wasn’t for the lack of HTC branding.

Under the near perfect body this HTC One X clone comes equipped with a MediaTek MT6577 dual-core CPU, an overclocked POWERVR SGX 531 GPU, 1GB RAM and 4GB ROM with room for a 32GB SD card. 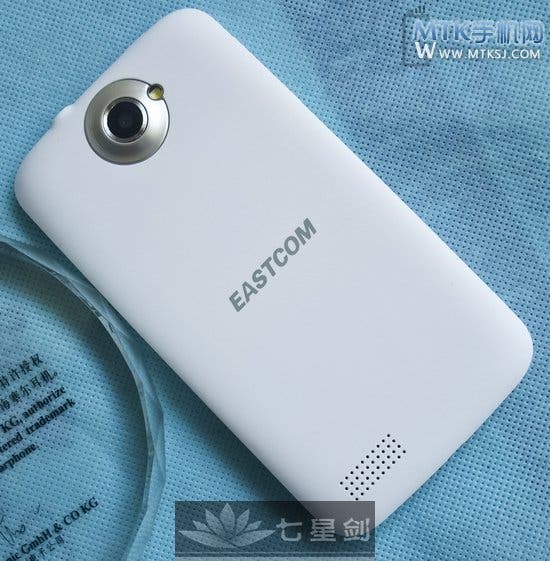 The rear camera is an 8 mega-pixel unit with an LED flash and all of the usual great camera features found on an Android ICS 4.0 smartphone.

As we expect from Android phones of today, the Eastcom W5500 HTC One X clone also has GPS, Wi-fi, Bluetooth and a good size battery which is rated at 2600mAh.

Although prices haven’t been announced yet I expect this HTC One X clone to arrive on the market for around 1099 Yuan or $175.

Next This 14inch Sony Vaio Clone packs an Intel i3 CPU