I posted a video yesterday of the Mogu M2 which proves that this $100 dual-core phone is quite a powerful machine. Today we have leaked photos and benchmark results which give the Mogu M2 the impression of a $100 Xiaomi phone!

The Mogu M2 is shaping up to be the $100 dual-core phone to have this year! Not only does it boast a powerful dual-core MT6577 CPU and 1GB RAM, but it also manages impressive benchmark results which can be seem in the leaked photo below. 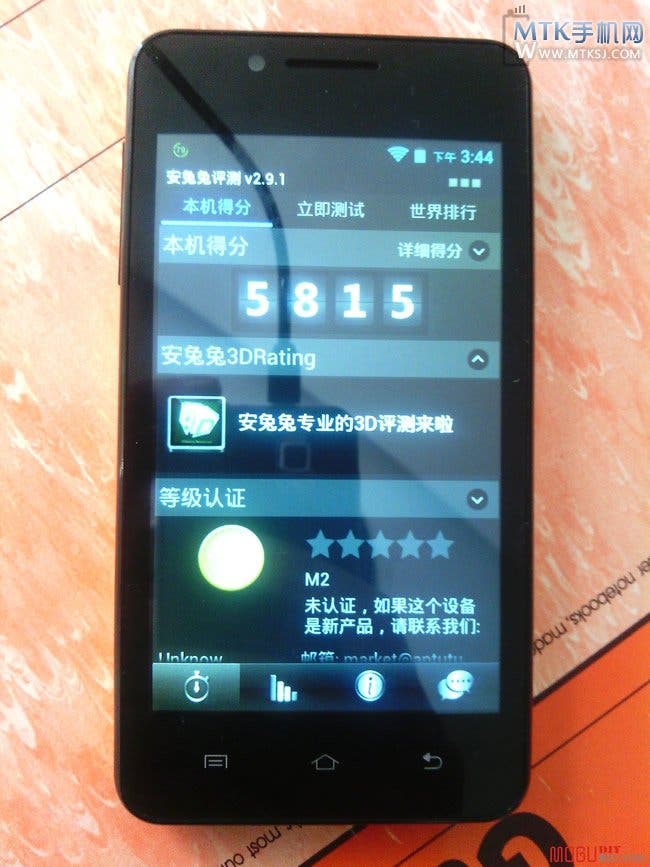 As you can see this very affordable phone manages to score a surprsingly high 5815 on AnTuTu and an equally good 5815 on quadrant which considering the price is quite remarkable.

More leaked photos of the Mogu M2 also give us a good look as to how the phone will appear once it goes on sale and I don’t know about you guy’s but to me the M2 looks a lot like a Xiaomi phone with its brightly coloured back and black front. 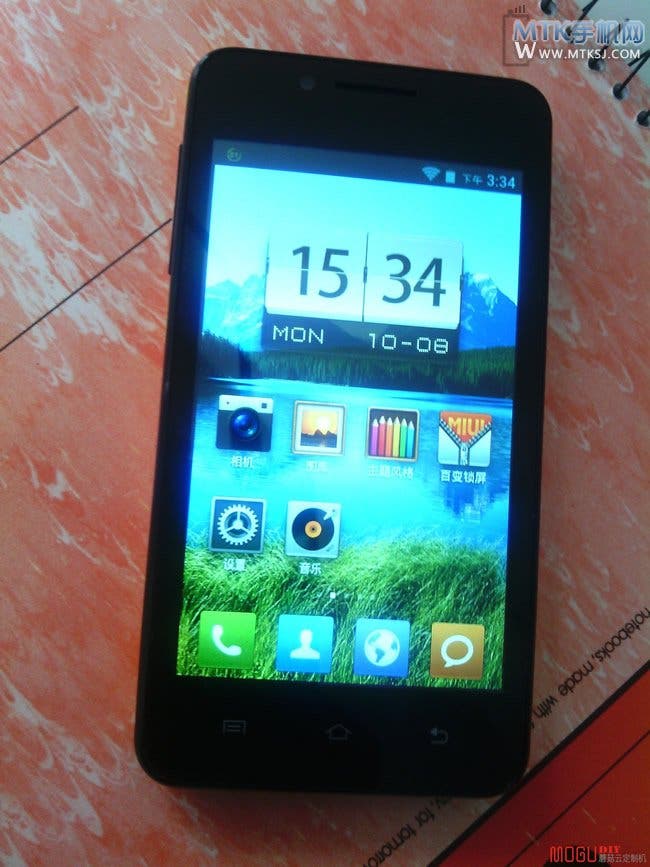 The Mogu M2 in these photos also seems to be running either MIUI or a MIUI launcher which continues the Xiaomi theme and feel of this Chinese Android phone.

So what else do we know about this phone? Well it has a 5 mega-pixel rear camera and is rumoured to have a 2000mAh battery option available , other that and of course what we have already said above thats it for now. 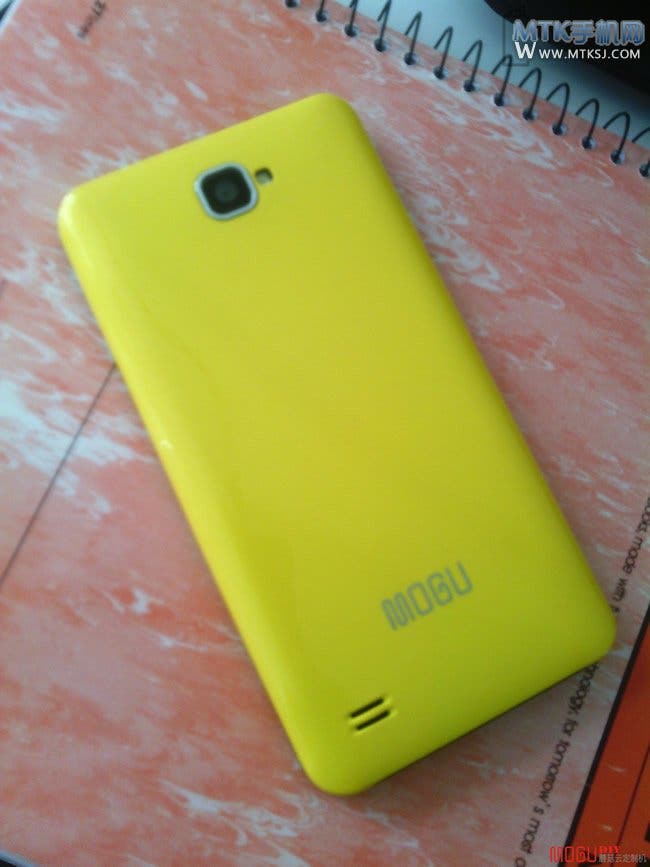 Once we have more details and release dates I will publish them here.

What do you guys think would you buy the Mogu M2 or JiaYu G2?