With all the problems and delays the JiaYu G3 has been suffering other Chinese phone makers have been able to catch up with dual-core phones with similar specifications and low-price. The latest of these JiaYu G3 competitors is the dual-core MT6577 Dream X.

JiaYu could learn a thing or two from the makers of the Dream X Android phone. While JiaYu leaked the G3 months in advance only to suffer problems and delays, the Dream X has been totally unknown up until today and has a launch date scheduled for the end of the month!

It’s not just me who is looking at the Dream X as a possible JiaYu G3 killer though as Chinese media sites are also singing a similar tune!

The Dream X and JiaYu G3 are almost identical punch for punch on the hardware side apart from two main areas. While the G3 has a 1280 X 720 HD display the Dream X has a lower resolution 960 x 540 QHD 4.5 inch unit, but is supplied by Japanese screen giant Sharp! The other area the two phones differ is the battery. The JiaYu G3 get’s an impressive 2750mAh battery, but the Dream X get’s and even more so 3000mAh unit! 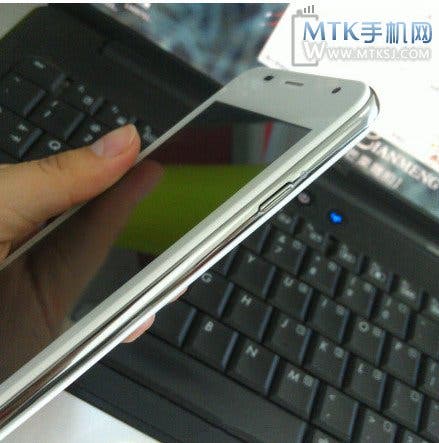 According to those who have seen the Dream X in the flesh the quality of manufacture is extremely good and the overall performance is outstanding!

Quad-core Dream S in the works

If this wasn’t enough to shake JiaYu then news that there is a quad-core version of the Dream X called the Dream S is in the works ought to worry them a little. Specification’s for the quad-core Dream S include a quad-core 1.7Ghz Nvidia Tegra 3 CPU, 2GB RAM, 4.5 inch IPS screen with full 1920 x 1080 HD resolution, 13 mega-pixel camera, and a larger 3500mAh battery.

There is no release date scheduled for the Dream S however expect prices to be around 1450 Yuan at launch! ($230)

If you can hang on for a few more weeks the dual-core MT6577 Dream X will be on sale from 26th October.

Next Leaked photos of dual-core Mogu M2 looks like $100 Xiaomi!