China is a wash with low-cost, high specification Android phones, phones which aren’t terribly easy to come by in the rest of the world. So with all these phones flooding on to the Chinese market, what is it like at a Chinese “phone city” keep reading to find out.

I visit our local phone city every month or so, but it is only recently that I’ve been able to actually visit, take my time strolling around, grab some photos and write-up the experience for you to enjoy.

The “Phone City” I visited yesterday is the phone city in Qingdao, Shandong, and it is possibly one of the best hidden phone markets I’ve ever been too.

Only 3 entrances allow access to the underground labyrinth of mobile phone stalls, and anyone not knowing the area could be led to believe the large phone store across the walking street was the place to be, but the real bargains are found beneath the Macdonald’s just a stones throw away. 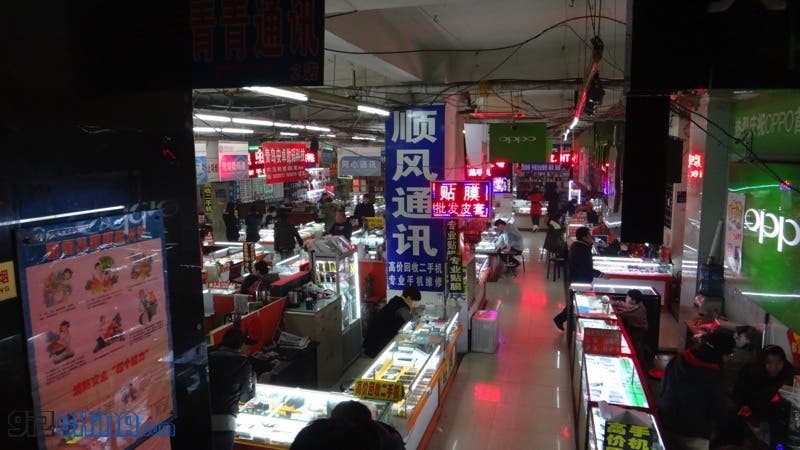 This “Phone City” isn’t a particular big example, but it is set out well, with 3 halls catering for different tastes. The lower halls consist of second-hand phones and low quality knock-offs, while the other halls concentrate on grey imports and domestic brands. 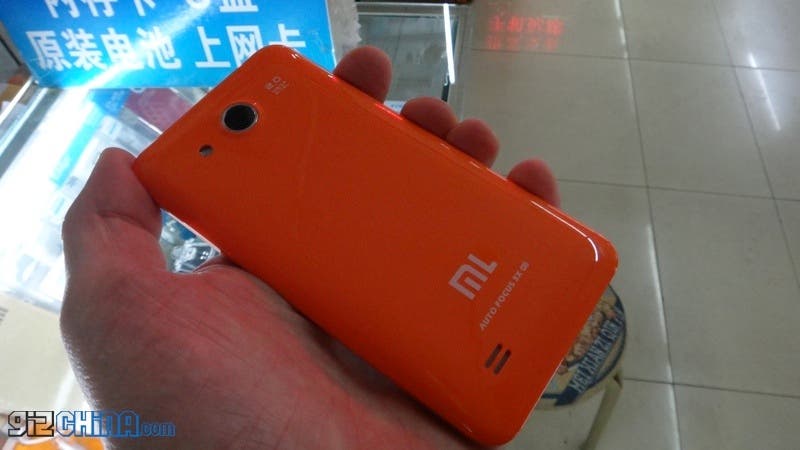 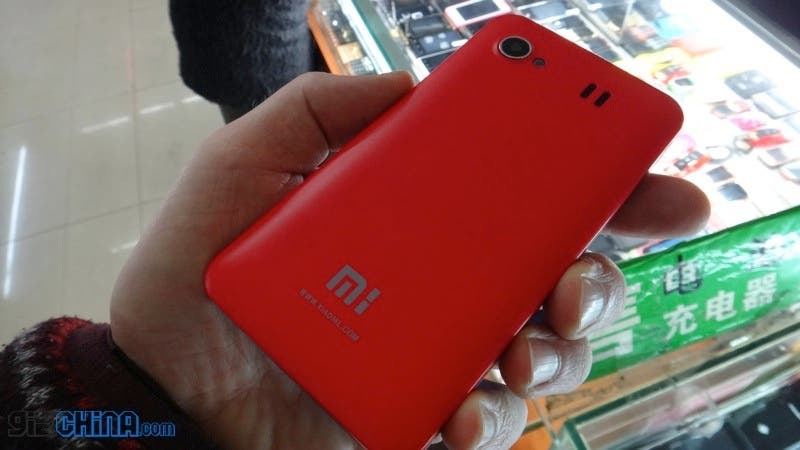 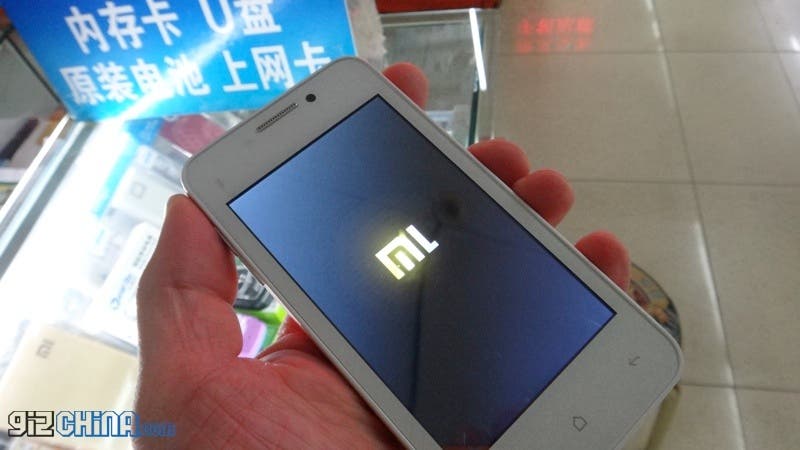 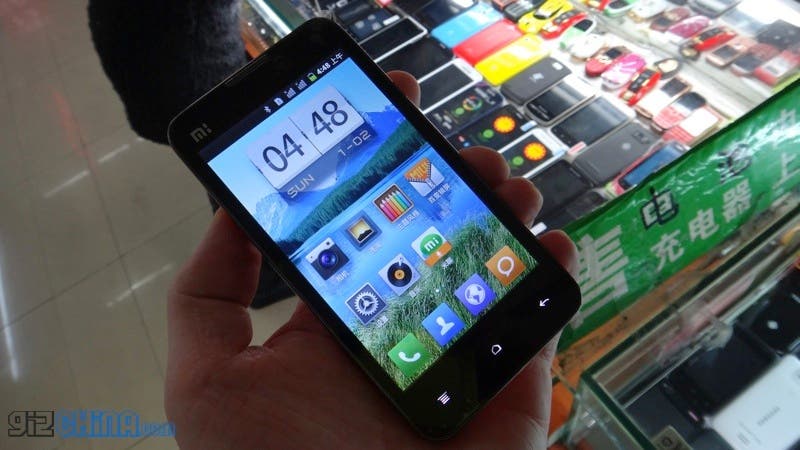 Having not visited this market for some time I was shocked to see the lack of iPhone 5 clones. Instead every store had knock-off Xiaomi M2 phones ranging from the very convincing to the downright terrible. 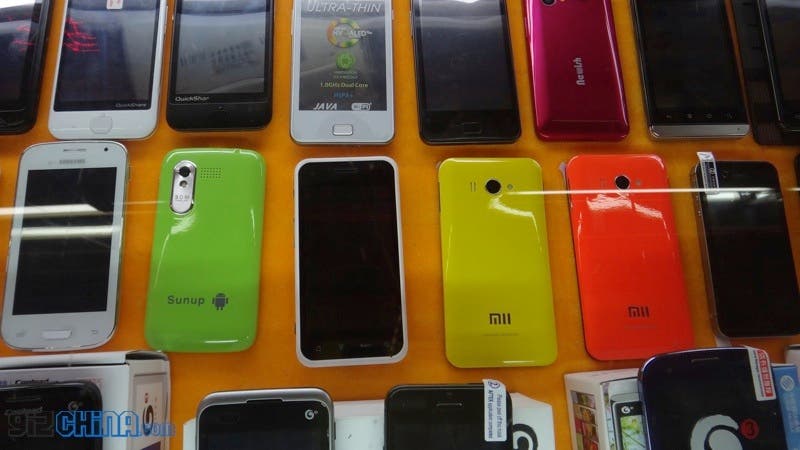 Thankfully the vendors in this market aren’t interested in ripping you off, and are quick to point out that these aren’t the real thing but they can get genuine models if I would like. 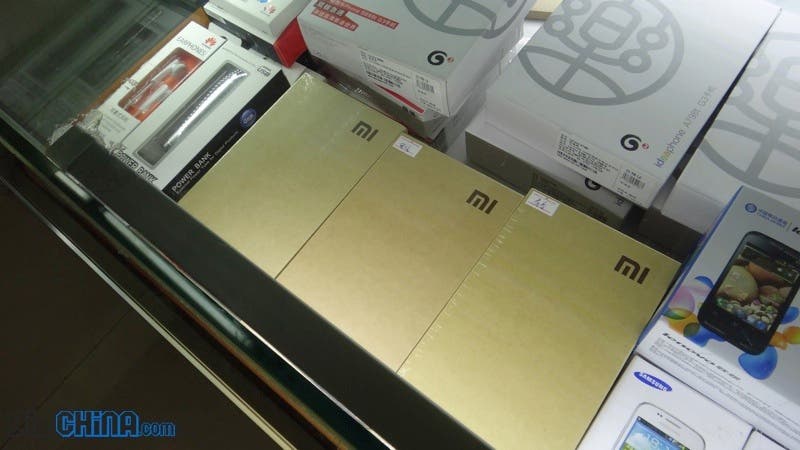 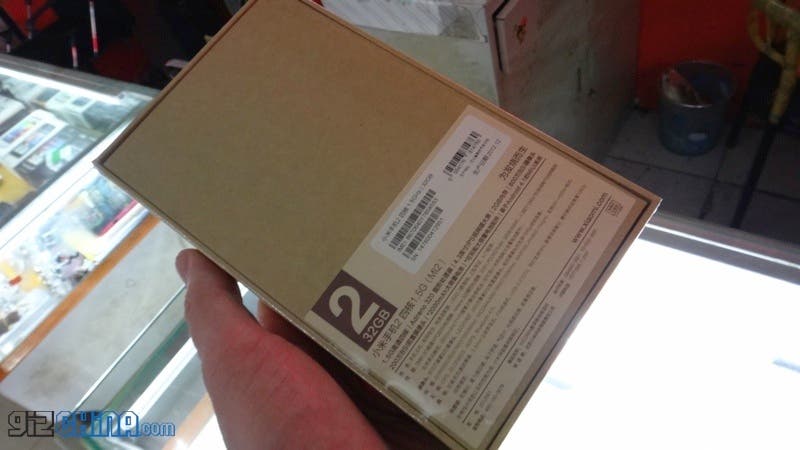 Read Also:  Save on UGREEN charging accessories with their latest discounts

Despite angry comments on Xiaomi forums, I found it extremely easy to find a number of shops with Xiaomi M1s and M2 in stock, with prices being only slightly more than retail. The best price I was offered for a 32GB Xiaomi M2 was 2350 Yuan, which is actually only 50 Yuan more than the official Xiaomi price! 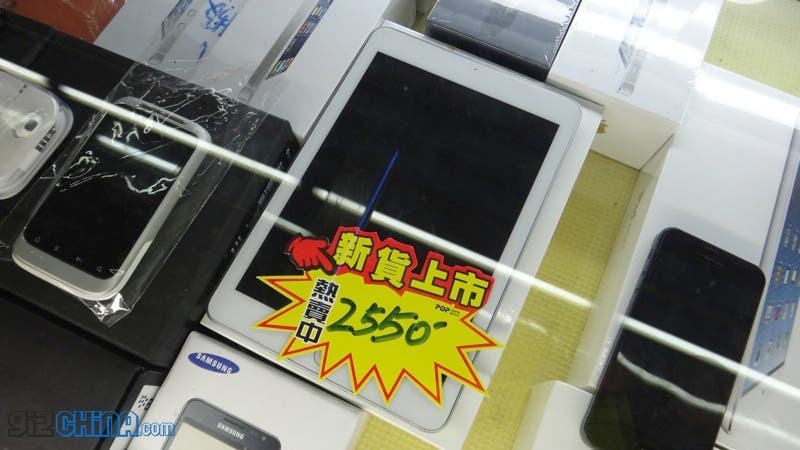 Boxes upon boxes of iPhone 5’s were on show with prices slashed to as low as 4000 Yuan for the 16Gb model! Almost a $200 saving from when the first became available on the grey market. I also came across this iPad Mini clone, but unfortunately there was no one around for me to take a look at it . 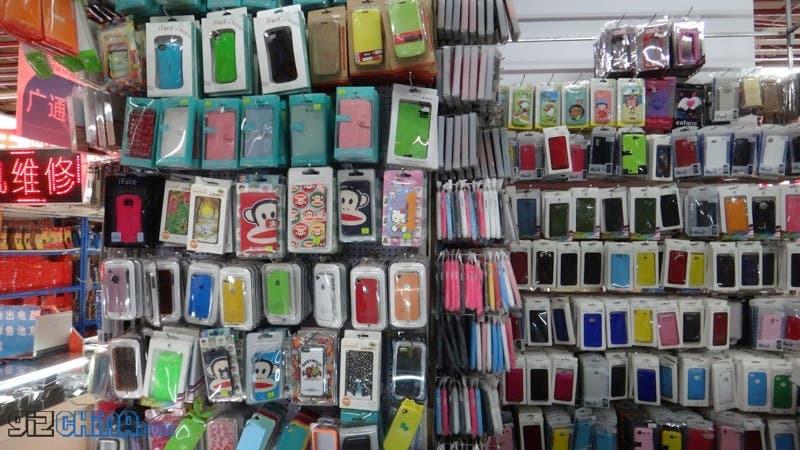 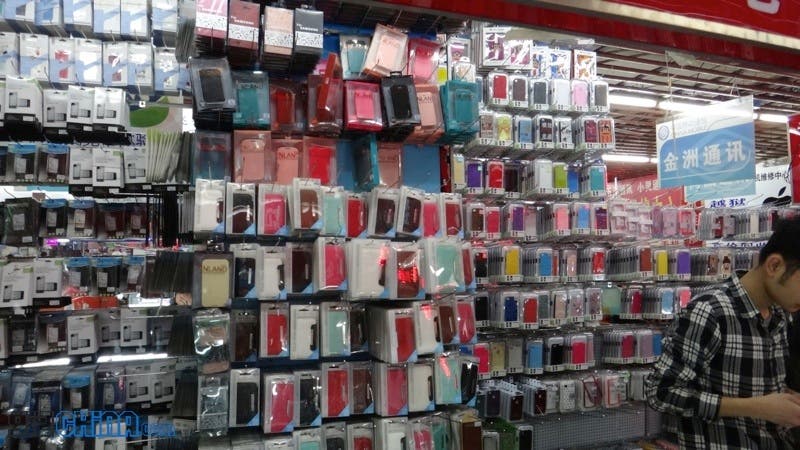 The “Phone City” isn’t only a place to pick up a new phone, you can also find hundreds of accessories for almost any model or manufacture you can think of. 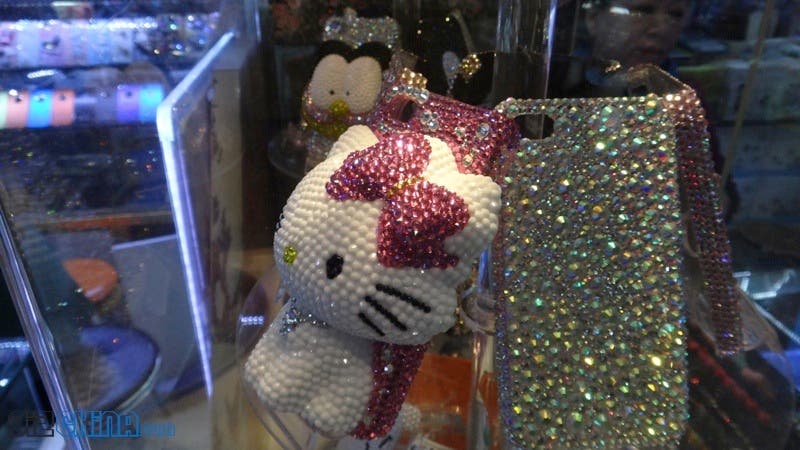 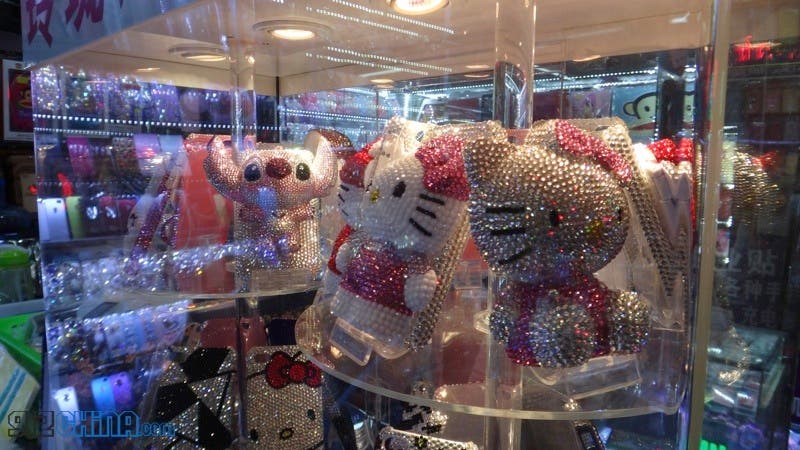 While most cases are the generic factory produced models, some more artist store owners are making their own custom cases for popular phone models, such as these jewel encrusted Hello Kitty iPhone cases. 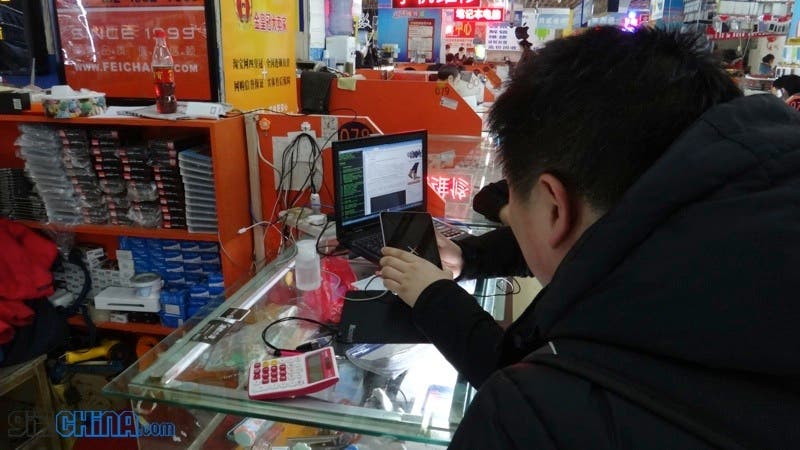 Phone repairs can be carried out too, with replacement screen fitted at a labour cost ranging from $8 – $16 (depending on how well you can barter), there are even stalls offering to Jailbreak your iOS device or root your Android device while you wait. 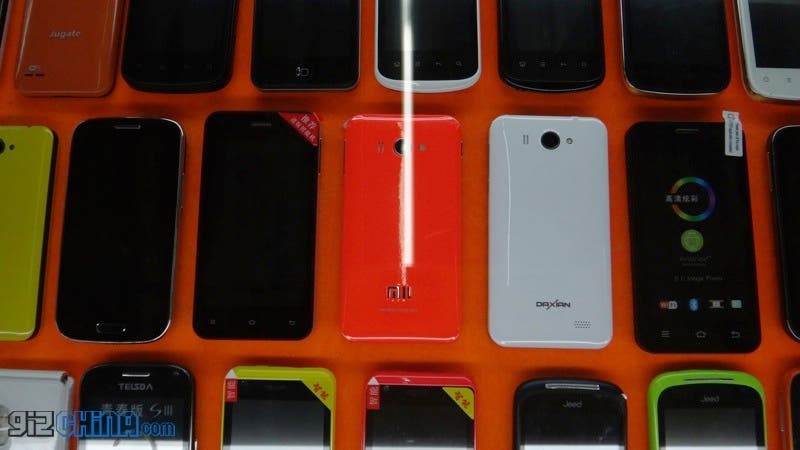 As I mentioned above, this “Phone City” isn’t that big (probably around 500 stalls), and not many carry the brands we talk about on Gizhcina, for example there are no JiaYu, UMi or Zopo’s here, for those you would have to head to Shenzhen, which is where I aim to go in just a few weeks! Watch this space!