If you quite fancy the look of the ZTE Grand S, would like to benefit from a quad-core processor and large 5-inch display, but are on a budget, the ZTE V987 could very well be the phone to look at.

Inspired by the flagship Grand S, the V987 looks very similar both on paper and in the flesh. The front of the phone is dominated by a large 5-inch HD display, but with a lower resolution of 1280 x 720, while the rear features an off white panel with black camera surround.

To keep the cost of the ZTE V987 down while maintaining performance, ZTE have used the latest MediaTek MT6589 quad-core processor running at 1.2Ghz along with 1GB RAM. 4 GB of built-in storage can be extended with a micro SD card and Android 4.1 Jelly Bean runs the lot.

The rear of the V987 receives an 8 mega-pixel rear camera, rather than the 13 MP unit on the Grand S, and the front camera is a low-core 1 mega-pixel sensor. 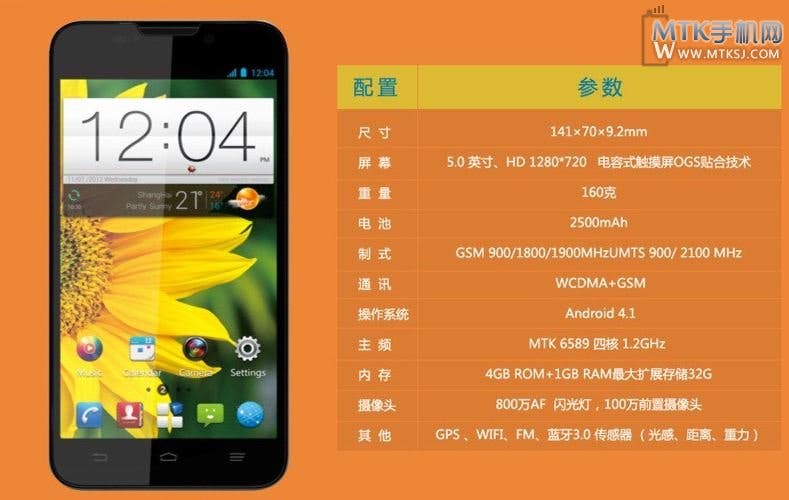 Currently this low-cost Grand S wannabe is only on sale in China and supports GSM 900/1800/1900mhz plus WCDMA 900/2100Mhz, however there is a possibility for the phone to launch in other markets too.

Previous Neo N003 MT6589 benchmarks leaked! Not as impressive as we hoped

Next An inside look at a Xiaomi knock-off den!