China Telecom have been spoiling more Xiaomi surprises today by listing the still unannounced Xiaomi M2s on their online store with complete specifications and pricing!

A word of advice to any phone company planning to enter China, don’t team up with China Telecom as they can’t keep a secret! First the company told the world that two new Xiaomi phones launch next week, and now someone at the company briefly posted one of the phones on their online store!

The product page for the updated Xiaomi M2s seems to have been removed now, but these screen shots tell us that the China Telecom version of the new phone will be priced at 2199 Yuan ($354) and will be on sale later this month. 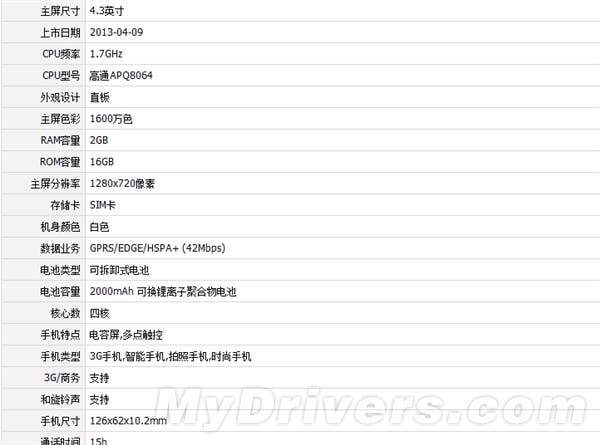 Specifications for the Xiaomi M2s confirm earlier rumours that the CPU is a quad-core Snapdragon 600 unit clocked at 1.7ghz. The rest of the hardware is the same as the current Xiaomi Mi2 meaning a 4.3-inch 720p display, 2GB RAM, and 8 mega-pixel rear camera.

The Xiaomi M2s and M2a are rumoured to launch at a Xiaomi Fan Carnval which will be held in Beijing on the 9th April.

Next JiaYu to launch quad-core phone this month but it won't be the JiaYu G4!