Xiaomi have made the Xiaomi M2A official and have launched the new 1499 Yuan dual-core Android smartphone at the MIUI event which is currently taking place in Beijing!

It’s great to actually get the real specifications of the Xiaomi M2A confirmed as the past few months have been a mess of conflicting rumours about the new entry-level phone.

As we expected the Xiaomi M2A will go on sale for 1499 Yuan in China ($241) which makes sense as this more attractive and better equipped Xiaomi phone will replace the M1S which was beginning to look rather bulky and out of date!

Specification for the Xiaomi M2A are as we reported earlier meaning that the phone does in fact have a larger 4.5-inch IPS display with 326PPI. The screen is a 1280 x 720 panel which boasts 720HD.

The overall look of the new Xiaomi M2A is very similar to the flagship Mi2 but is obviously wider due to the display. The rear of the phone also sports some big differences as the 8 mega-pixel rear camera is square rather than round, the LED flash has been moved to below the camera sensor and the external speaker has moved. 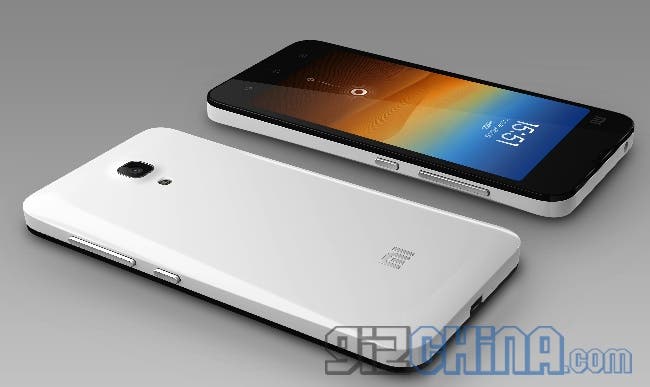 Under the hood the M2A is powered by a Qualcomm Snapdragon S4 Pro dual-core processor running at 1.7Ghz, with 1GB RAM and 16GB of ROM. According to Xiaomi the updated phone manages to be 20% more efficient when compared to the older phone yet more powerful than flagship device from other brands notable the Samsung Galaxy Note 2 and LG manufactured Nexus 4. We haven’t seen official benchmarks for the Xiaomi M2A, but the press material we have received says the phone scores 18,841 an Antutu!

Upgrades have been make the the front and rear cameras too. Both now have larger F2.2 apertures but the rating for both remains the same as the M1S with the front being a 2 mega-pixel sensor and rear an 8 mega-pixel unit.

Xiaomi have also included NFC on the new phone, as well as Dirac HD which can stream audio to compatible devices.

The Xiaomi M2A is expected to be available through Xiaomi’s online store shortly.