Earlier this month Newman launched a limited run of their new K1 Android smartphone for just $15! Of course this ridiculously low-price couldn’t last and so the company have announced the official launch date and pricing.

Newman will launch the official production model of the Newman K1 on 25th April at a price of 1299 Yuan ($209), however this won’t be the premium version of the phone with 2GB RAM, but the entry-level version of the K1!

The price has upset a number of Newman fans who say it’s just too much and not what they expected of the new phone which was originally rumoured to cost just 1099 Yuan with 2GB and 13 mega-pixel rear camera! 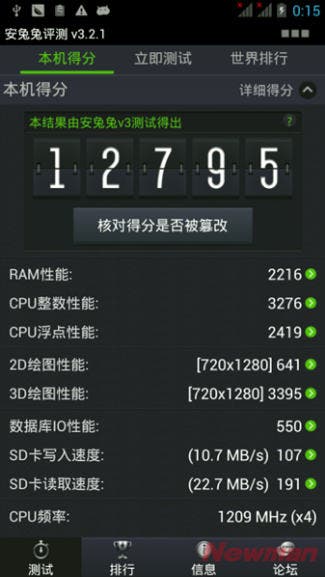 Even at this higher price the Newman K1 is still a great looking phone and one which should be seriously looked at for anyone looking to buy a high-quality Chinese smartphone. The K1 measures in at 145 x 73.9 x 9.87mm, packs a 5-inch 720p display, 8 mega-pixel rear camera, quad-core MT6589 CPU, 1GB RAM and Android 4.2.1 Jelly Bean.