Over the past week a few leaked pictures of the mystery Oppo R809T have been posted which show a 6.13mm phone which looks a lot like the older Finder 3. Well the similarity isn’t just a coincidence as the new phone is now rumoured to be the all new Oppo Find 2!

Oppo originally launched their ‘Find’ range of phone as flagship devices which launch once a year and head up the Oppo phone range, it now looks like they have decided to make a whole Find division of phones.

If the latest reports are true then the current Flagship Oppo Find 5 will be joined with Oppo Find 2 on April 26th. The Find 2 won’t only be a cheaper Oppo Find product, but also the worlds thinnest Android smartphone with a profile of 6.13mm! 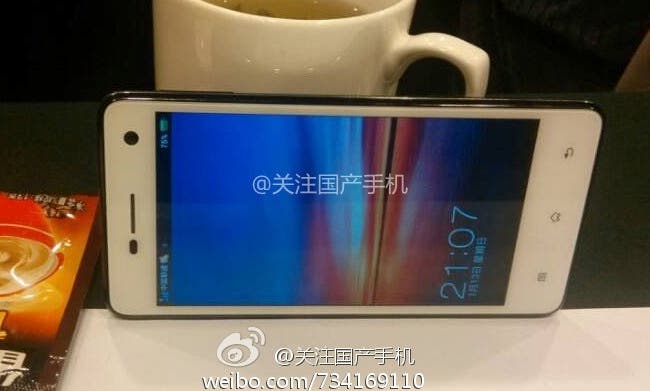 The Finder 3 which the new phone is roughly based on measured a mere 6.65mm itself but had a protruding rear camera, the new Oppo Find 2 isn’t only thinner but also manages to have its rear camera flush with the rest of the body.

Underneath the wafer exterior and behind the 4.5-inch 720 display sit the guts of an MTK phone. The Processor is the quad-core MT6589, with 1GB RAM and 16GB of ROM. There is no mention of dual-sim support, but we do believe the Find 2 will be designed for China WCDMA network.

Pricing won’t be cheap, and many sites believe Oppo will be asking 2498 Yuan ($404) for the Find 2, which isn’t much cheaper than the full-blown Find 5!