One of Oppo’s very first phones, the Oppo Smile gets a 2013 makeover with a large touchscreen display and super narrow borders.

If you have been following the Chinese gadget and smart phone industry as long as I have then there is a chance you have seen the original Oppo Smile phone (pictured below). Named the Smile for obvious reasons (see the picture below) the original phone was extremely basic but did have one camera hidden away in one of the phones ‘eyes’. 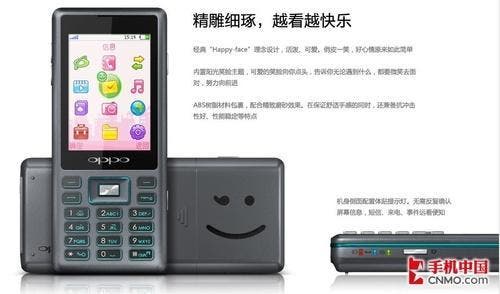 The concept above harks back to the original phone and features a home buttons in the shape of a Smile, but has lost it eyes.

On a more technical note the concept Oppo Smile has a large display with bezels which look to be around just 1mm in width. Navigation looks to be onscreen with the only physical controls being those on the right for power and volume.

Two external speakers live on the rear, and the rear camera has two LED flashes either side of the lens.

It’s a fun concept, and might well offer some insight to what the Oppo Find 6 could possibly look like.