NVIDIA announced the Tegra 4 a few months ago, and rumours that ZTE are going to be the first to launch a phone with the new chipset have been flying around ever since , but is the appearance of the ZTE N988 finally proof?

ZTE have just received a network license and approval to sell a new Android smartphone named the ZTE N988. The government documents and leaked spy photo shown here don’t give us an official hardware details other than the phone has a 13 mega-pixel rear camera, hinting that this is a flagship device. 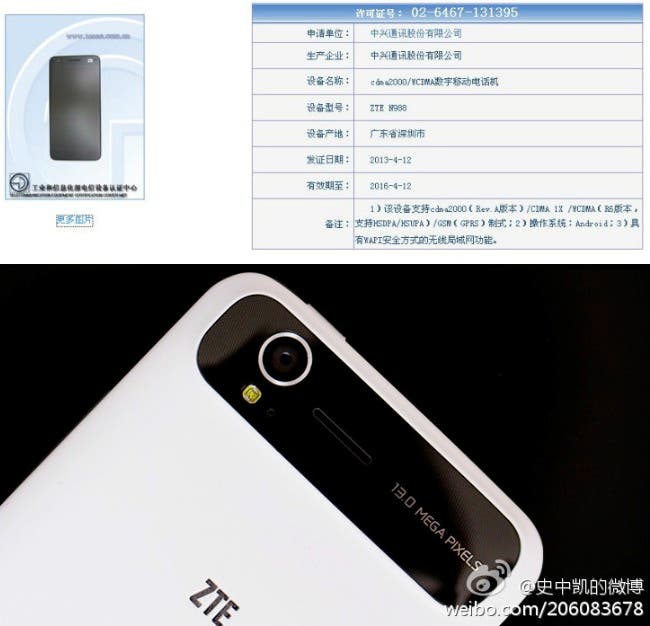 That hasn’t stopped the rumour mill though and from sources we have learned that the ZTE N988 is to ship with a 5.7-inch 720p display, 2GB RAM and Nvidia’s new Tegra 4 chipset. The design is close the ZTE Grand S and the phone manages to measure a wafer thin 6.9mm which is very impressive for such a large phone.

We will be following news of the ZTE N988 and will let you know how the rumours unfold.