While we have been patiently waiting for UMi, JiaYu, Neo and others to optimise phones with quad-core MTK chips and 2GB RAM, Hyundai have been working on building a very affordable, but cost-effective quad-core phone and the results are impressive!

Just a quick glance over the hardware of the Hyundai X7 would have most Android phone fans turn the other cheek (unless a very cheap phone is what you happen to be in the market for) the 4.5-inch display has a resolution of just 854 x 480, there is only 1GB of built-in memory, the battery is small at 1800mAh, but worse of all is comes with just 512mb RAM! 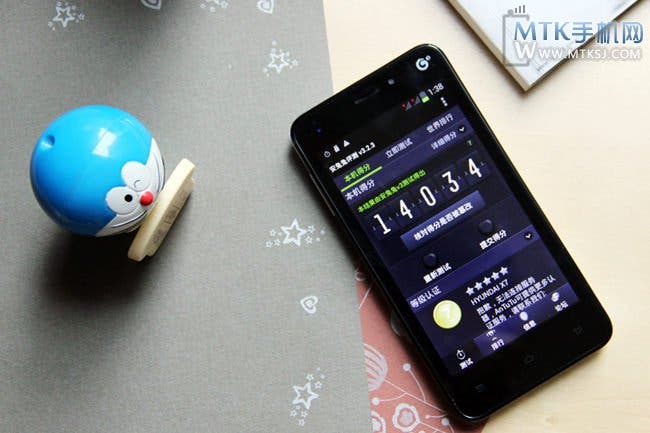 But the lack of RAM doesn’t appear to have hampered performance as the X7 manages to score a whopping 14,034 on Antutu Benchmarks! That’s more than all the current flagship quad-core MTK phone running either 1GB or 2GB!

With that kind of performance we imagine you might want to take a closer look at the Hyundai X7, so it’s just as well the rear camera is an 8 mega-pixel shooter, there is dual-sim support and Android 4.2.1 Jelly Bean comes as standard!