Although only in limited production runs, JiaYu have started to manufacture and ship JiaYu G4 phones and lucky customers have already started to receive their new phones!

Preorders for the first batch of 2000 JiaYu G4 Basic in black started on April 28th. With only 2000 phones up for grabs the sold out quickly and fans began the Chinese May Holiday with knowledge their G4 would arrive in just 7 days!

Just as promised JiaYu have shipped that first batch and customers started to receive the phones over the weekend!

One excited JiaYu fan even documented his trip to the local courier office where he collected and unboxed his new phone while cycling home! 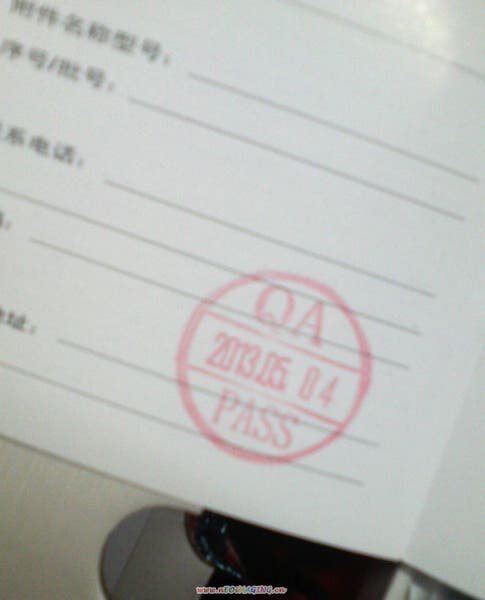 This black model is the thick 3000mAh version with 1GB RAM, and only passed its quality control inspection on May 4th which shows just how fast JiaYu are shipping the phones out after production.

Still no official word on when international distributors will begin to receive phones, but it sounds as though we should find out by mid-May.