Huawei usually show up in the headlines for their high-end flagship phone or allegations of spying, so it’s nice to see these leaked photos of the Mediatek equipped quad-core Huawei G700 show up with 2GB RAM.

There have been some serious issues with getting the current quad-core MT6589 processor from Mediatek to fully support 2GB RAM. Even though many manufacturers now claim to have solved the issues fans of Chinese phones aren’t yet convinced! 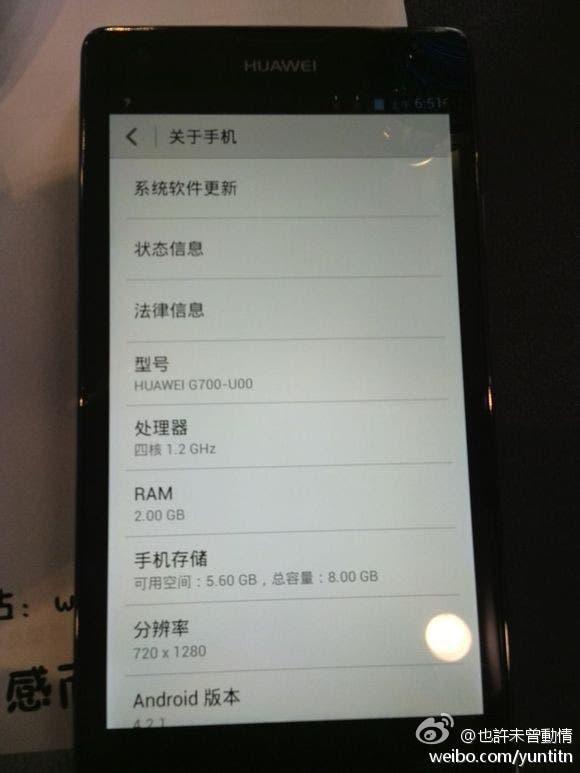 Hopefully these leaked photos of the Huawei G700 can put our minds at ease though so we can begin to look forward to MTK phones with 2GB RAM! The spy photos show the new flagship MTK phone running Android 4.2.1 on the G700 with 720p display, it also appears that the phone is running Huawei’s Emotion UI.