FAEA might have chosen a terrible name for themselves, but companies such as JiaYu and UMi could learn a thing to two about marketing from the upcoming Chinese phone maker.

As promised the FAEA F1 Penguin was officially launched last night and their were no nasty hidden surprises! The phone launched with the hardware they promised, the company gave us a release date and even pricing. Just how things should be! And just at the end of the show they pulled a surprise out of the bag! The FAEA F2 Penguin!

Before last night the F2 hadn’t been leaked and no one expected it, but not only did we get our first glimpse of this quad-core, 1080, NFC phone but we also got a launch date of June 15th! Just 3 weeks away! In comparison we have been waiting around 6 months for both the UMi X2 and JiaYu G4 to launch and even longer for the Neo N003! 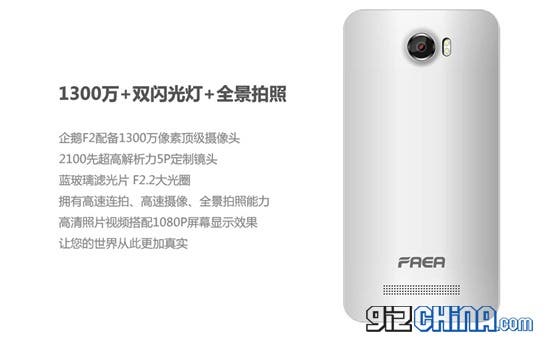 Anyway back to the F2 Penguin. Again FAEA have been inspired by other devices for the body. The from looks a lot like the Nubia Z5, while the rear has a HTC One look to it. Narrow bezels protect a 5-inch IPS 1080 OGS display (441ppi), above the 1080 panel is a 5 mega-pixel camera, a 13 mega-pixel sensor lives on the back just above an NFC chip and a quad-core 28nm (possible MT6589) chip runs the show. 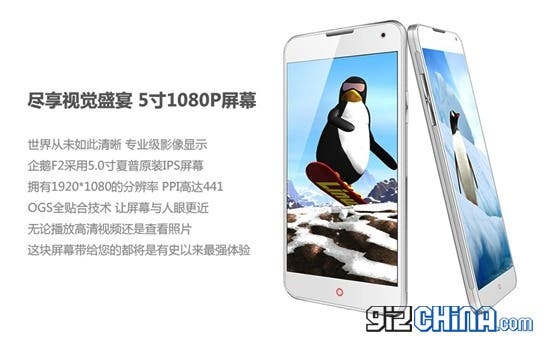 Pricing for the FAEA F2 hasn’t been set but from what we saw with the F1 we have our fingers crossed for an equally low price.